The article addresses the issue of the international refuge regime during the Cold War by looking at the case study of Yugoslav asylum seekers in Italy in the 1950s and 1960s. Taking into account the international framework, Yugoslavia's peculiar position, and bilateral relations between Rome and Belgrade, the article examines Italian refugee policy in its first decade of full engagement. Regarded as a transit country, Italy represented a temporary stage in refugees' paths towards the countries of resettlement as well as a space «in between», where different identities were shaped. In their attempt to classify them - either as political refugees according to the 1951 Convention or labor migrants - and to determine their national identity, the Italian authorities encountered several problems, due to the refugee's blurred profile, but also due to the entanglement of factors contributing to the process of deciding to escape. 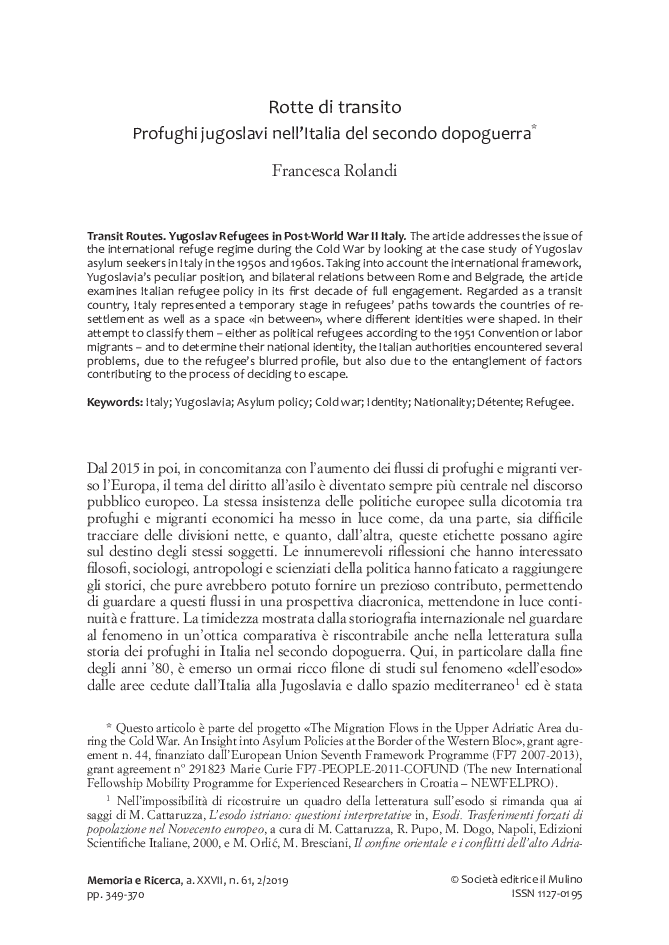