In emergency times, many jurisdictions include more or less intense types of suspension of the rights and constitutional guarantees in order to protect the state. During the 70s different countries were subject to terrorist threat, but not all of them were able to adopt the same countermeasures: in Great Britain a model based on the deliberation of an exceptional regime was adopted by the executive part of the government, which was free from all the jurisdictional controls. Only at a later stage, it was controlled by the Parliament. In countries as Spain, France and Western Germany, a model which allowed to precise institutions (President, Head of State, Parliament) was chosen to impose specific and really exceptional conditions for a limited period. This article analyses the similar regulatories of the different countries about the terrorist threat, underlining the importance of the contributions given by comparative law in the construction of a specific legislation. 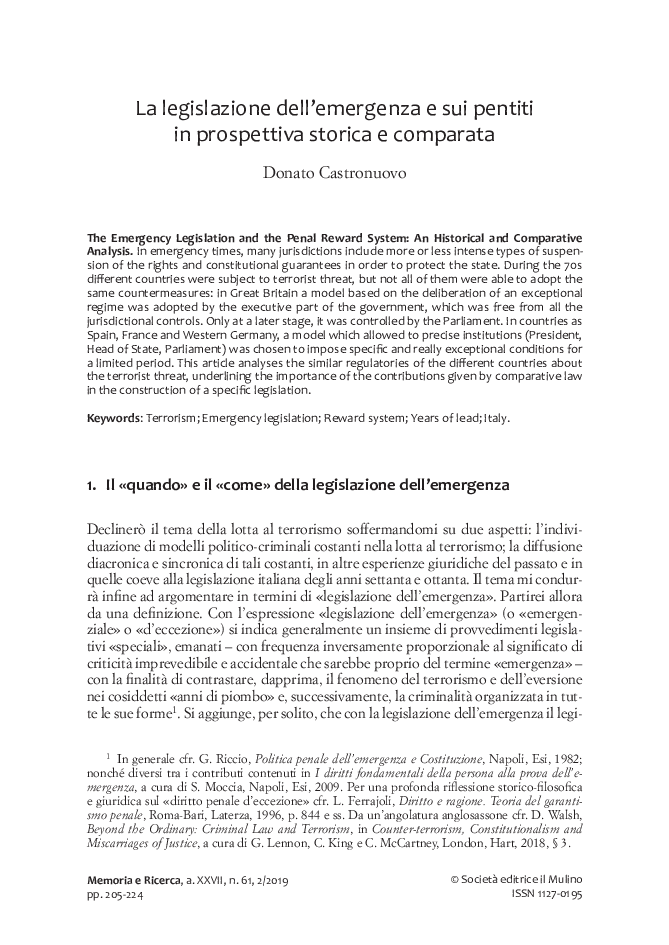