Before the outbreak of the Second World War, British jazz had taken root and evolved. The British government soon realised that the traditional military marches did not help enough to boost the morale of the troops. So, the army began to play jazz. The Entertainment National Services Association (ENSA) organised tours of concerts travelling over thousands of miles in England, Europe, Africa and Far East such as the tours of Geraldo, Winnick and Ivy Benson and their big bands. Therefore, jazz was exploited by British politics for reasons of war propaganda: its function during wartime was to keep the popular entertainment alive. Within the RAF and through ENSA, not only could military personnel be entertained, but also factory workers and those working in hospitals. The need for entertainment was also pressing in particular conditions such as captivity: The war couldn't stop jazz music even in war camps. 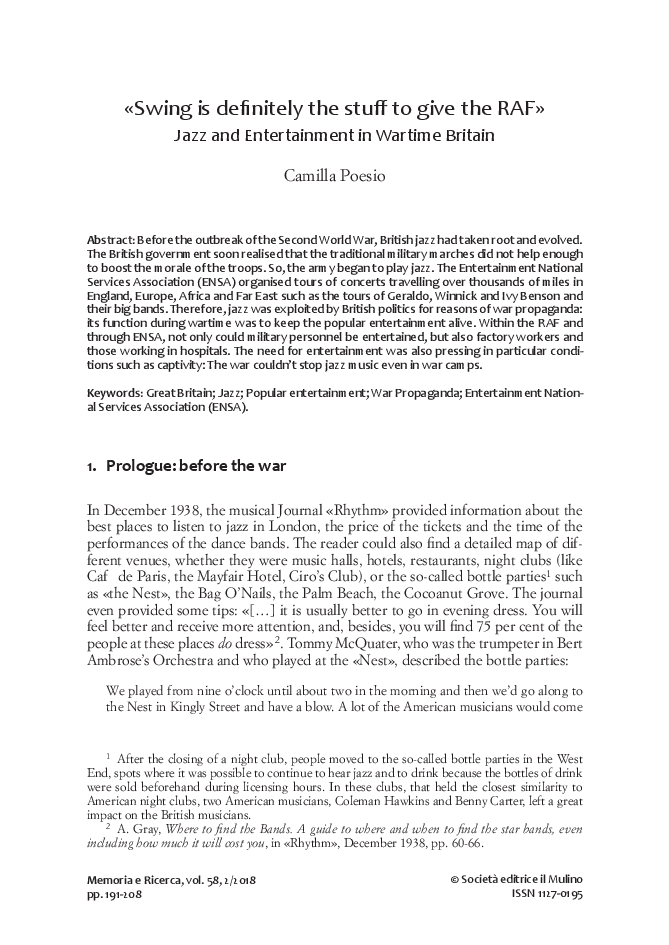