Since intervention, Wilson's war policy was aimed at counterbalancing the growing myth of Lenin and the Russian revolution in Europe, promoting his own leadership and American progressivism, which at that time included reform socialists. Ths strategy combined reforms and liberty, individualism and democracy within the confines of the newborn consumer society. A good example of Wilson's anti-bolshevik propaganda is the mission of a group of American socialdemocratic leaders, guided by John Spargo, Algie M. Simons and Charles E. Russell, which toured England, France and Italy during the summer of 1918. In Italy it visited Turin, Milan, Genoa and Rome, addressing large workers' audiences and socialist political leaders. The analysis of their speeches and confidential reports, together with the reactions of the Italian press and socialist circles, illustrates the passionate debate generated by the October Revolution, together with the features of Wilson's anti-bolshevik policy in Europe and Italy. 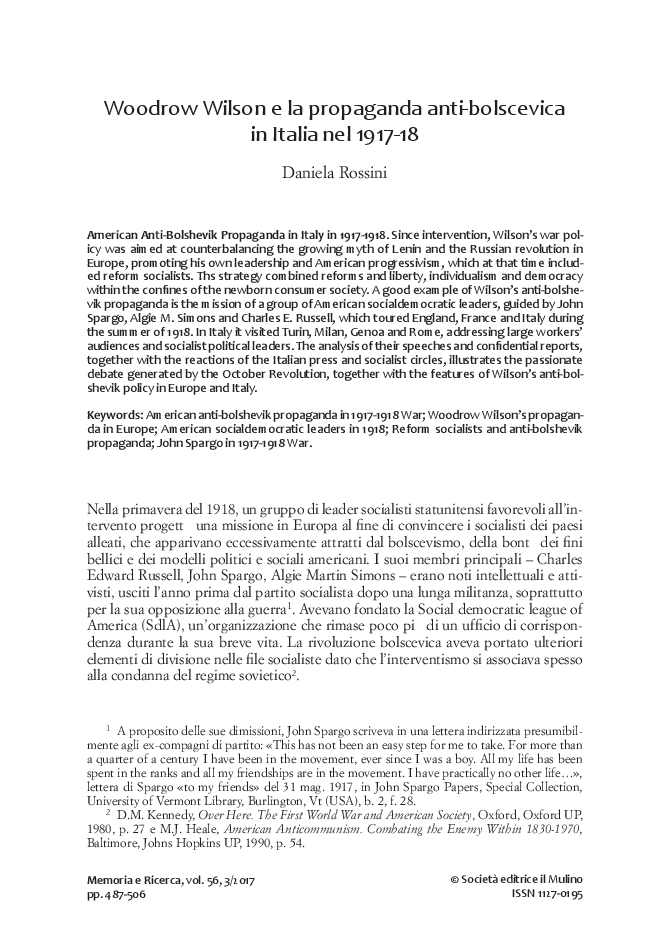