The anniversaries of the October Revolution and the way in which they have been celebrated represent an important lens to analyse the changes intervened in the political cultures of communist parties. The essay will track how ideas and perceptions about the Ussr evolved in the Pci's political culture, looking at key moments of history in the forms of the anniversaries of the October Revolution. The analysis will offer an overview of the representations and political judgments of the 1917 revolution - and more broadly the soviet experience - taking into consideration the press, but also the exhibitions, price competitions and editorial initiatives organized by the party on the occasion of the decennials. The aim is to show how the Italian Communist Party looked back and considered the October revolution and its implication, between collective imaginary and political judgment. Three phases are identifiable: 1927-37, the years of secrecy, when the political proximity between the Pci and the Ussr is very strong; 1947-67, the phase of the «partito nuovo», when a contrast emerges between a the previously tight link to the Soviet Union and the ambition of paving an «Italian way to socialism»; finally 1977-87, when the Pci distance itself from the Soviet Union, despite a certain ideological affinity with Gorbačëv. 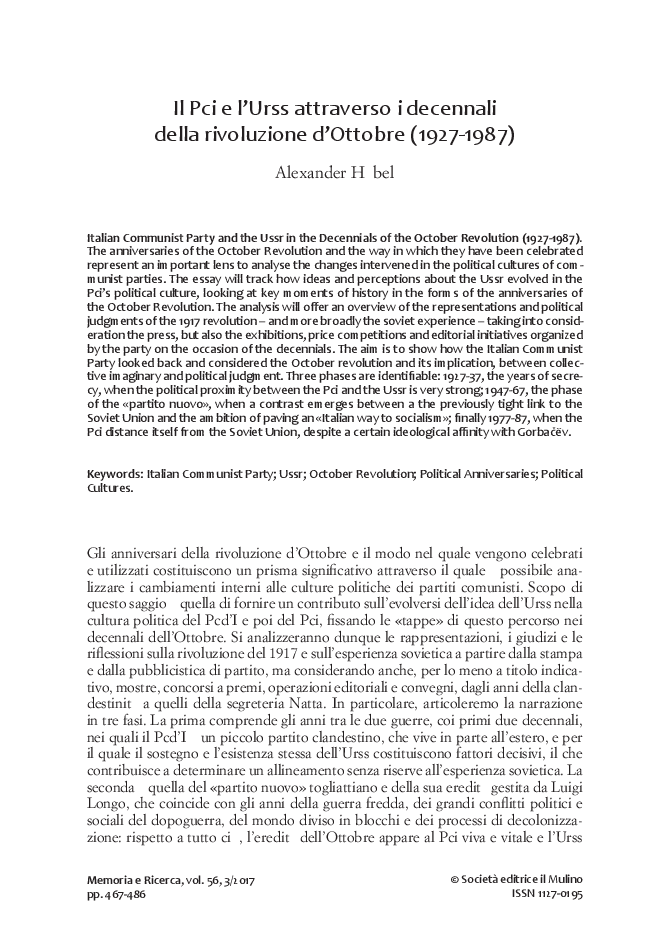