After its inauguration in 2000, the Oresund bridge has allowed major mobility and flow of manpower, goods, and services between Sweden and Denmark. Was this the vision that Danes and Swedes have imagined over the past century and a half, when thinking of a bridge over the Sound? And, if so, why did it take more than one hundred years in order to start the construction of the "Øresundsförbindelsen"? The aim of this article is to inquire how linking the two shores of the Sound, from being in the nineteenth century an idea of literates and politicians, was progressively filtered through a system of innovation to which actors and supraindividual social structures contributed. The study examines the political and economic ideas of the actors that have imagined the consequences of linking the two shores of the Sound: entrepreneurs, politicians, engineers, intellectuals, Swedish and Danish institutions, and the bilateral commissions. Contextualizing the idea of the link in the Swedish and Danish political history, the study offers an understanding of why the Oresund bridge has been finalized only at the end of the twentieth century. The study is based on published and unpublished sources conserved in several Swedish and Danish archives and libraries. 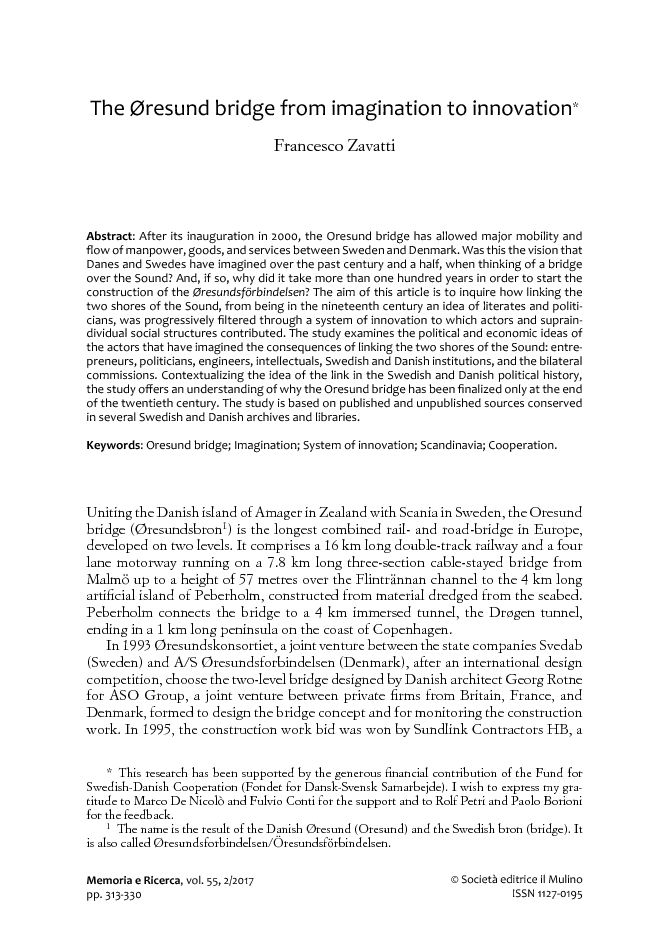