The associated magistracy has always claimed for itself an active function and a critical role of political power. However this instance has never been accepted by the ruling class. Fascism in particular created a legal system rigid and hierarchical, which, after the Liberation, thanks to a rough purge, continued to ensure the Supreme Court prerogatives incompatible with the constitutional provision of equality of judges. Hence their demand for full implementation of the Constitution, with particular regard to the protection of self-government of the judiciary, in the context of a relationship with the political system, which was not yet hopelessly based on conflict. The clash broke out between 1969 and 1974, when large sectors of Anm opted for an anti-system strategy. Facing this ideological overexposure of the magistrates, political leaders began to discuss the issue of judges' civil liability. This was the subject of a referendum organized in the wake of the Tortora case and of the Vassalli law, which made even more problematic the relationship between justice and politics. 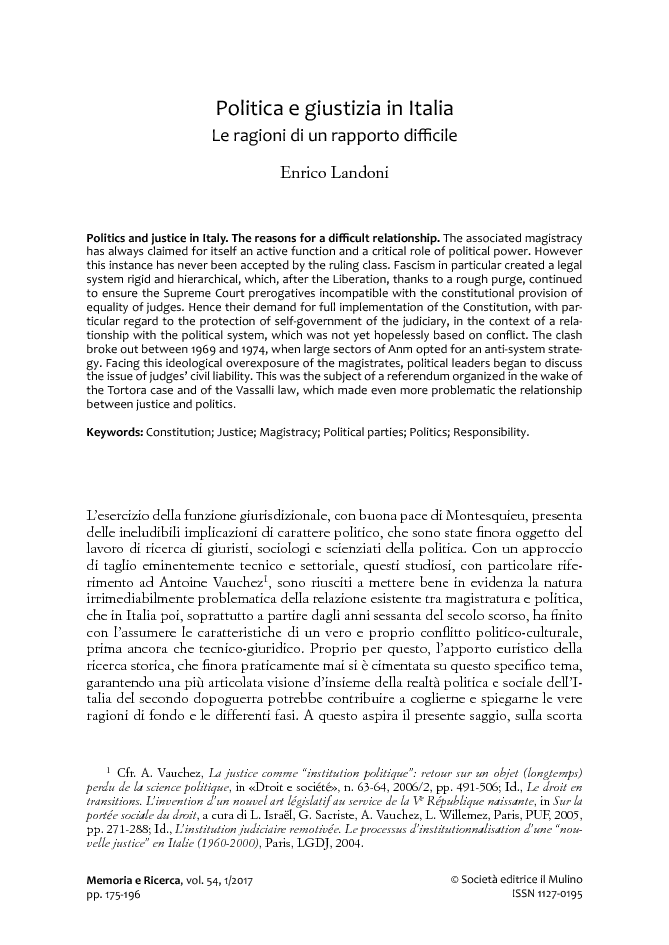