The article considers the contemporary historical novel, whose extraordinary success is a world-wide phenomenon and deserves attention from professional historians. The historical fiction responds to the tastes of Western middle classes and contributes to form a common historical sense, more than academic historiography. Which «parts» of the past are selected to be transformed into a «story »? How to interpret this «question of history»? Which sense of the past, and therefore of the present and the future it allows a glimpse? Going through the various stages of development of the historical novel, starting from the founder of the genre, Walter Scott, the essay shows how contemporary historical novels bear the imagination of a past, which is at the same time «exotic» and «domesticated» and has with the present a relation of analogy and strangeness. The past told by the writers of the XXI century is declined around a negative view of politics as violence and corruption, abuse of power of the strong one over the weak one. The look that, through historical novels, contemporary readers turn to power, halfway between voyeuristic attraction and moral condemnation, allows some reflections on the society we live in. 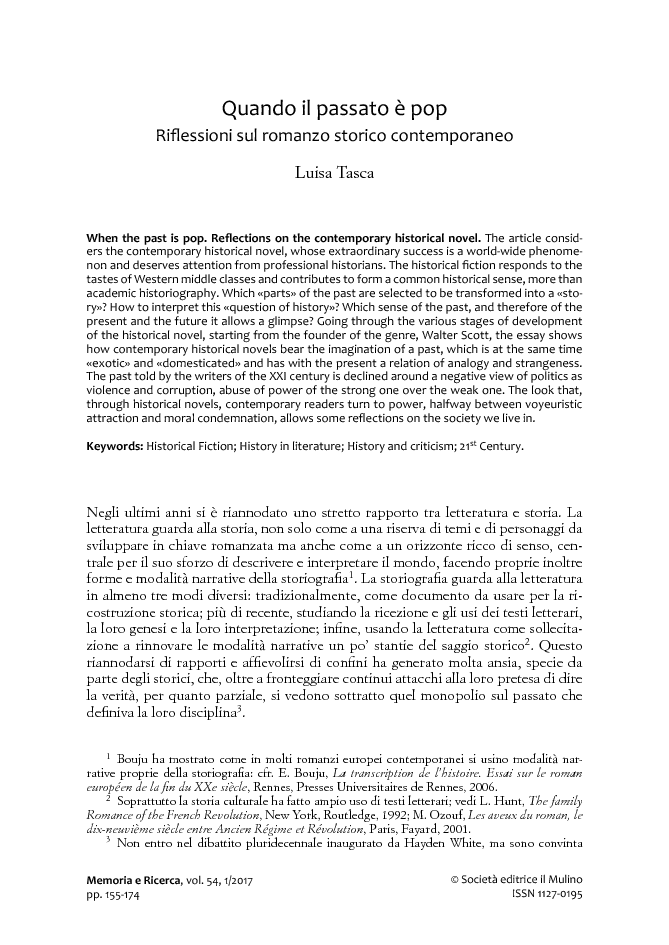