The article moves from the experience of Expo Milano 2015, to make a critical point of the recent historiography on the subject, in particular with two publications in the Italian case: the special issue of «Memoria e Ricerca» in 2004, and «Ricerche Storiche» 2015. World exhibitions, considered since 2004 as antecedents of today's virtualization and globalization processes, are analyzed across this decade - through several studies, but also conferences and exhibitions. The attention is focused on new «informational paradigm» of contemporary society and also on the formation process of a «public space» of technology. They are examined for the imaginary, but also for the footprint that they leave in the urban space of the metropolis. They fuel the colonial and imperial conscience of Europe, but at the same time they respond to a logic of internalization of social control, operating as phantasmagoria able to conceal the hierarchy and domination relations inherent in the capitalist system. 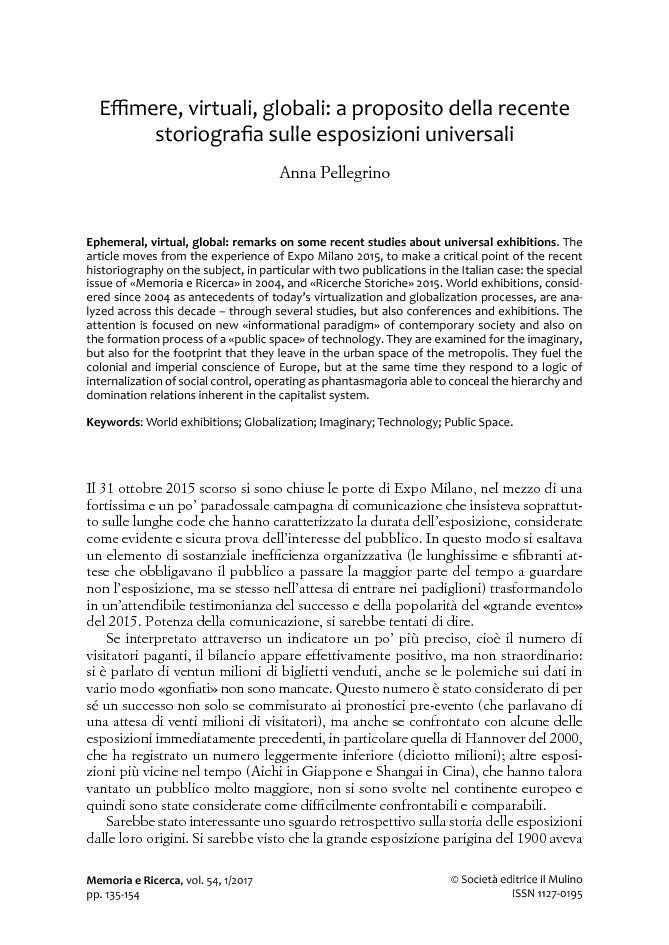