This paper examines the House of European History (HEH), a museum opening its doors in Brussels early 2017. It was initiated by the European Parliament to stimulate the emergence of European identity, just like national historical museums were founded all over Europe in the 19th century to develop national identity and thus contribute to national consolidation. Still today, history is seen as the malleable raw material out of which contemporary identity can be constructed. Yet, the Academic Project Team (APT), which developed the permanent exhibition, chose to replace the concept of identity with memory, stressing its potential to offer a more differentiated historical narrative. Analyzing the museological, political and historiographical aspects of the museum, I discuss whether the HEH can become the place for conflicting views and debate that the APT aspires it to be, or whether it will end up disseminating a new master narrative for the EU. 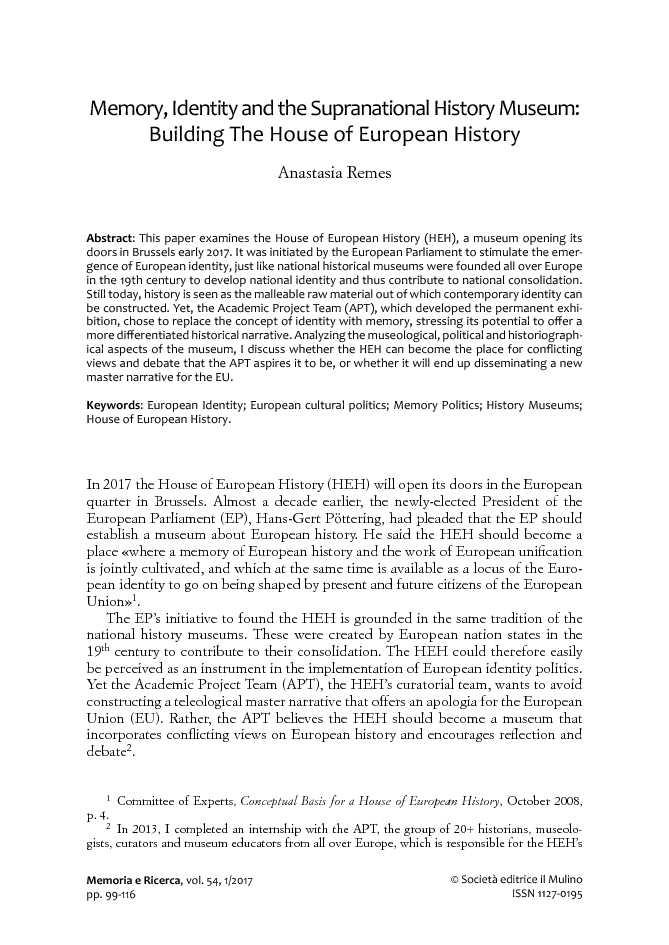