This work presents interpretative hypotheses about the medium and long term reasons for Italian cuisine's global success. The starting point is the observation that its first diffusion, due to Italian emigration, was mainly restricted to the expatriate enclaves. Two paradigmatic instances are considered: that of the United States for America and Germany for Europe, which in fact prove to be very different, not only because of the different role of migrant populations, but also on account of the strong flow of German tourists to Italy. Then there is an analysis of the changes that have taken place especially since the middle of the twentieth century, which are the basis of a new appreciation of Italian food. Among these changes, what stands out is Italian cuisine's ability to establish itself, over and above individual dishes or symbolic foods, as a reference cultural model. This happened with the development of the concept of the "Mediterranean diet", which has specific medical and nutritional connotations. Moreover, there are also significant hedonistic aspects linked to the image of Italy as a tourist country and the increasingly widespread socialization through the consumption of food and drink in the heart of the modern urban contexts. Since the 1980s the success of "Made-in-Italy" products, focusing first on fashion and design, helped to elevate Italian food to a higher status. In conclusion, it can be said that its popularity is essentially linked to a cultural construction in harmony with the deep needs of contemporary society. 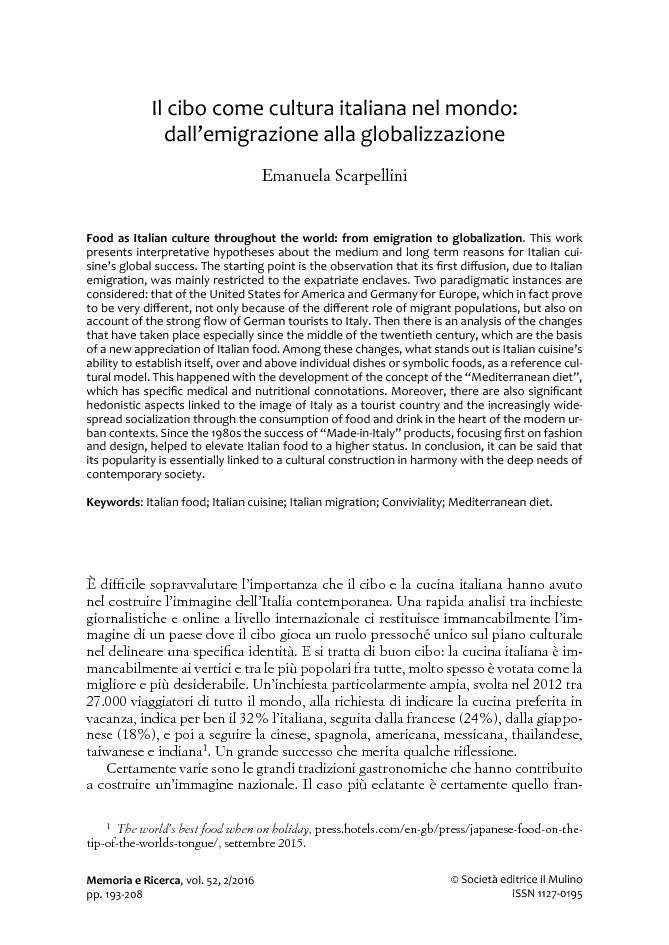