During the dictatorship of the General Franco (1939-1975), foreign policy became a first-order legitimacy factor. On the one hand, foreign support in the Civil War made solid the alliance of the winners with the Axis powers, but their defeat in 1945 forced Franco's regime towards a renewal of its international image. For this task, it relied upon some intellectuals and think-tanks such as the Institute of Political Studies (Iep). In addition, during the 1950s the end of the diplomatic isolation thanks to agreements with the Holy See and the United States and the new context of the Cold War fostered the penetration of North American cultural organizations in Spain. On the other hand, the exiles refunded the Republican institutions in order to seek legitimacy outside Spain. This aim proved to be increasingly difficult because of the widespread international recognition of the Franco's regime. Nevertheless, many intellectuals plaid a decisive role in the denunciation of the dictatorship before world public opinion, some of them sided with the Communist Party whereas others in anti-communist positions, like in the Congress for Cultural Freedom (1950-1967), secretly funded by the US. 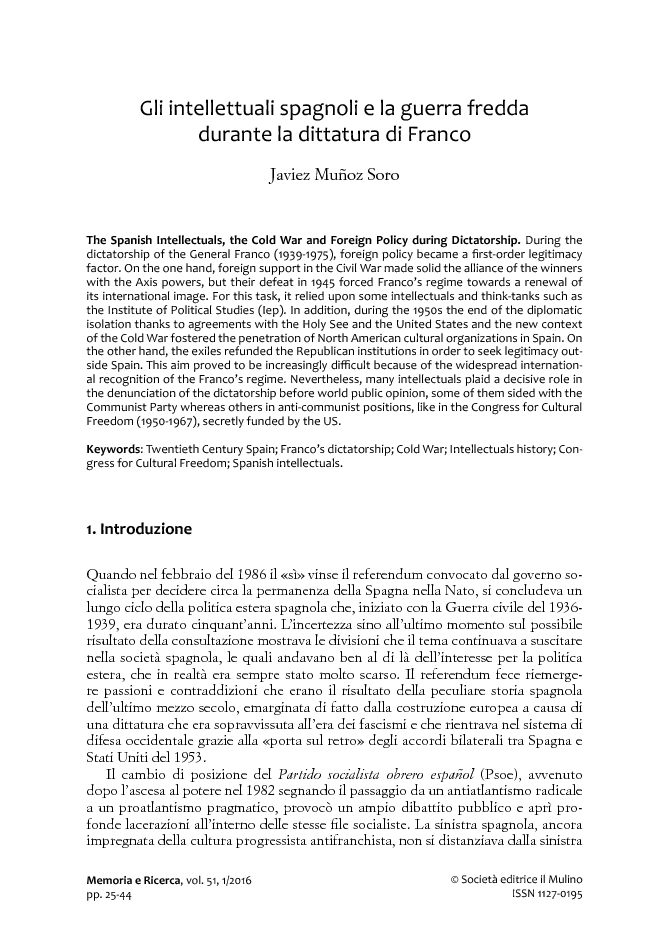