Since the end of the Cold War, realism and geopolitics have enjoyed a remarkable revival in the study of international affairs in Italy. These approaches are often presented as linear and coherent intellectual trajectories in the history of Italian political thought, connecting Niccolò Machiavelli to Vilfredo Pareto and Gaetano Mosca. In this paper we argue that this genealogical account is not only problematic, but also has limited relevance precisely to the Cold War years. While the Cold War may be considered their «golden age», political realism and geopolitics had actually very little impact on Italian scholars during the Cold War. By exploring the fragmented and complex development of Italian realist and geopolitical thought during the Cold War, the article thus challenges the presumed continuity of these two traditions and outlines alternative genealogies. These shed light not only on the «weak» and «hybrid» versions of realism and geopolitics that survived the end of the Second World War, but also foreground the specific contribution of scholars such as Pierpaolo Portinaro, Carlo Galli and Gianfranco Miglio in returning geopolitics and realism to the intellectual debate, and highlight the unexpected convergence of Marxist and conservative thought around this revival. 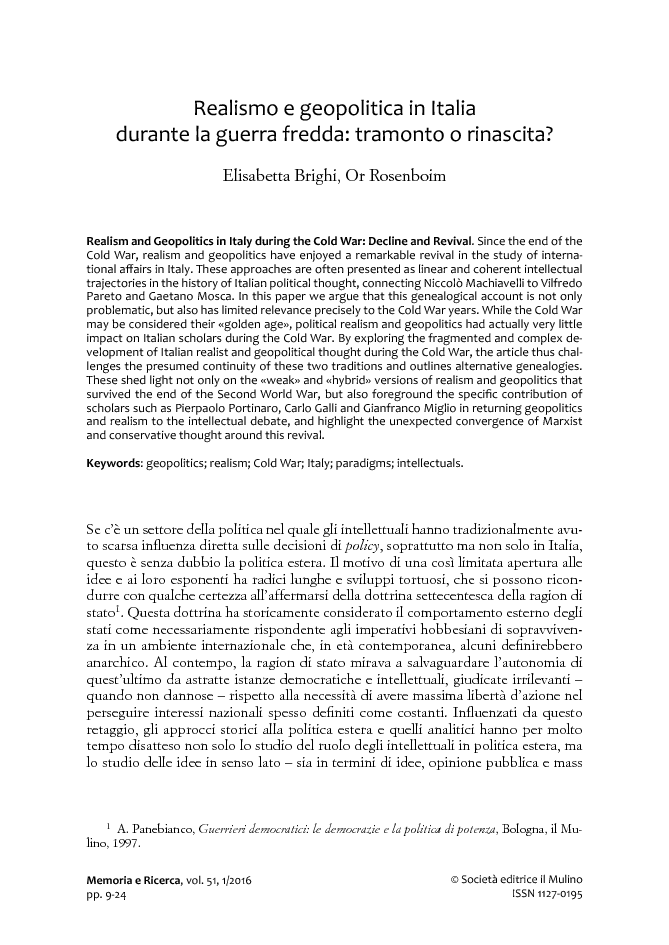