This article proposes a reconstruction of the still unacknowledged history of the comic journal «Il Papagallo» (1873-1915) and its caricaturist, director and founder, Augusto Grossi from Bologna. The only European satirical journal to specialize in international politics and the first periodical in colour in the history of the Italian satirical press, «Il Papagallo» was read and sold in France and in England, but also in Spain, Greece, North Africa and the Ottoman Empire. The story of this extraordinary feat of publishing – in the present article focusing above all on the first decade of publication of the newspaper (1873-1883) constitutes a crucial chapter in the geography of European caricature, closely tracing the dynamics of the international circulation of caricature in journalism, as well as the commercial and transnational circuits of chromolithography. An analysis of «Il Papagallo»’s circulation dynamics and of the aesthetic and political reverberations of its large colour plates, gives us the opportunity to rethink the relationship between «centre» and «periphery» in European caricature, and at the same time to evaluate the structural tensions between commercial strategies and ideological orientations in the field of political caricature. 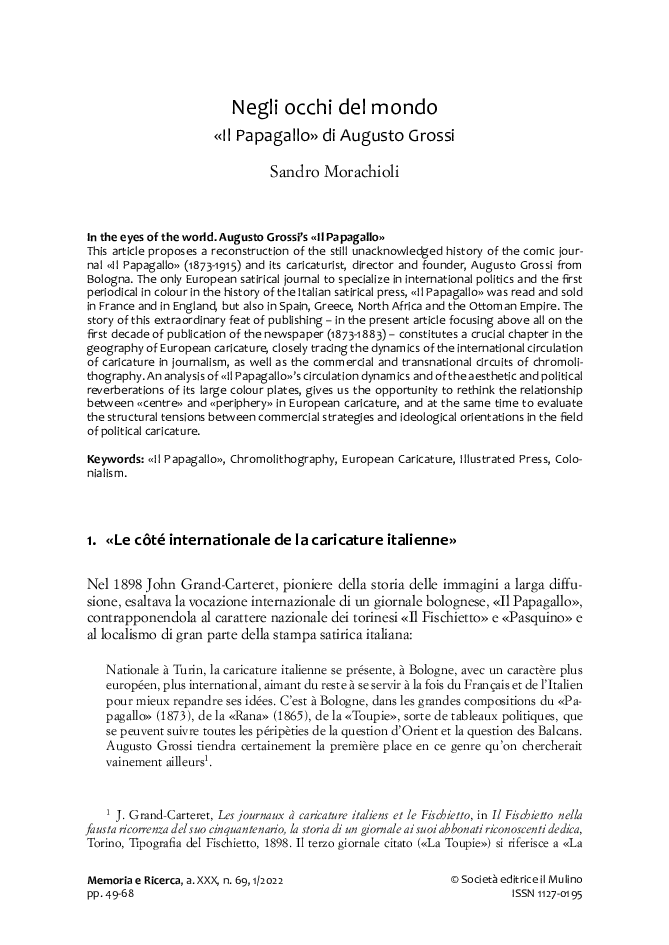