The aim of the present article is to study caricatures from the Napoleonic age as evidence of a new «political culture of derision» on a European scale. Firstly, the author identifies early features and lesser known examples of Napoleon Bonaparte’s «politics of the image». By encouraging, on one hand, caricatures which attacked his external enemies and supported the planned invasion of England (1803-1805), such a strategy tried, on the other hand, to chase down and destroy caricatures against Napoleon produced in France and abroad. The second part of the article focuses on some aspects of international relations and of the intercultural transferts conveyed by satirical etchings, through two exemplary cases which afford close scrutiny: English and French caricatures copied from «London und Paris», a periodical published in Weimar from 1798 to 1815; and the production and trading activity of Rudolph Ackermann, a Leipzig-born publisher and seller of prints active in London. Finally, an outline is given of the new satirical vocabulary which arose thanks to the international spread of the most striking caricatures by means of copies and adaptations 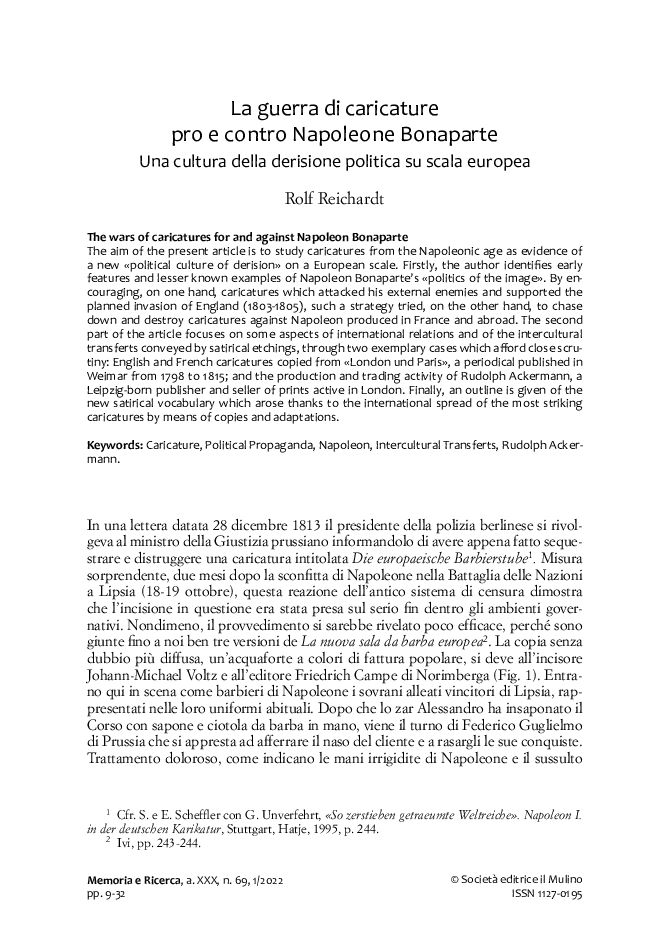