The essay analyses the Napoleonic propaganda revival and rumors about Napoleon and members of his family in the year 1817. On the base of Milan police and governmental papers, the surveillance of former Napoleonic officers’ networks in Lombardy, in the Duchies and in the Italian Switzerland is focused. Being approached as an entangled «micro-global» framework, the Spring-Summer time of the year 1817 in Milan offers a refreshed interest in St. Helena’s exile matched with news coming from the revolution in the Brazilian province of Pernambuco, so activating a geopolitical imagination about the republican challenge of the insurgents and the possible escape of Bonaparte, ready for a new military adventure in Southern America. News from Overseas, mediated by French and British press as well as by diplomatic correspondence, were regularly published in the Milan Gazette, contributing to alert Austrian authorities and showing how mobile the Southern American scenario was if compared to the European order recently established at Vienna. 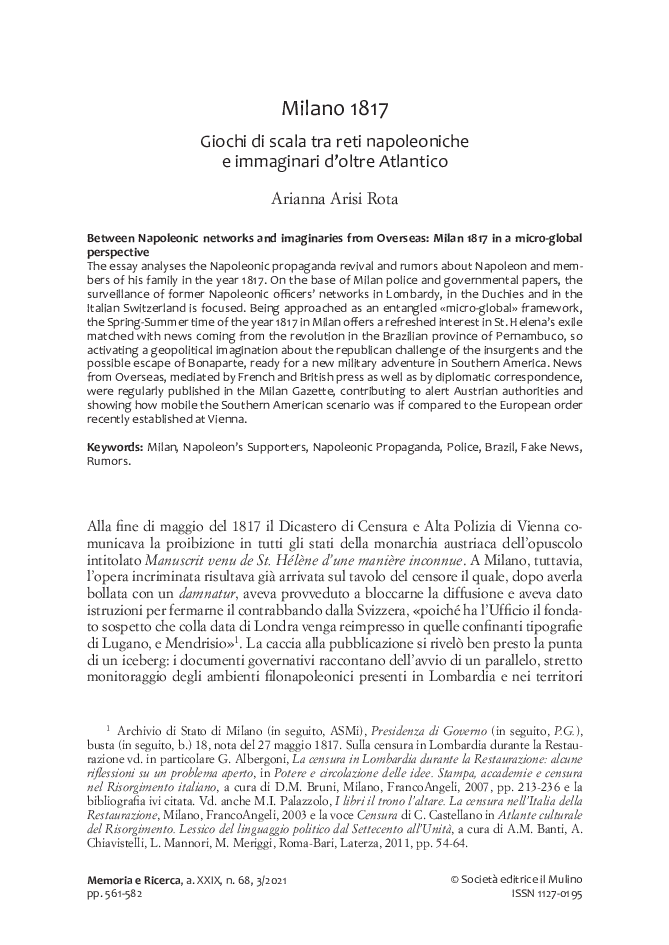