The aim of the article is to investigate the role played by the memory of slavery in Italy, both from a historiographical point of view and in the public debate, in comparison with other European countries. The countries with which the Italian case is compared are those which had colonial empires in the Early Modern and Modern period – Spain, Portugal, France, the Nether­ lands and Great Britain – and Germany, which had a late colonial Empire as Italy. From the point of view of history and historiography, the Italian case seems not to be an exception in comparison to the other European countries, but it is an exception concerning the public memory of slavery. 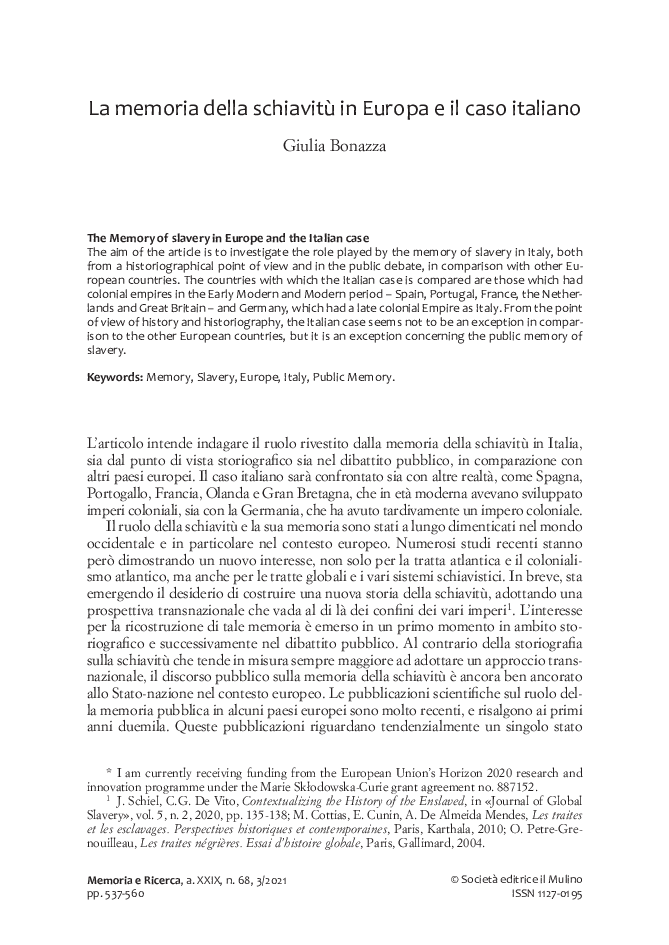