The essay explores Gertrude Bell’s intellectual formation through her accounts of travel to the Middle East in the early 20th century. Bell, still little known in Italy, was inserted by Edward Said, together with others such as Thomas E. Lawrence and St John Philby, within a new and different British Orientalism. Bell’s stories represent a qualitative leap in the practice of travel, which is no longer just «training» but also «information» on political systems, social conditions, the «character» of the populations who lived outside the borders of Europe. These reports drawn the attention of the Foreign Office which, in 1916, proposed that she join the Arab Bureau’s intelligence office in Cairo, starting a prestigious diplomatic career. From the analysis of the reportages emerges an original path of intellectual formation between personal ambition and political commitment. Gertrude Bell considered herself an «English lady» in the service of the British Empire. 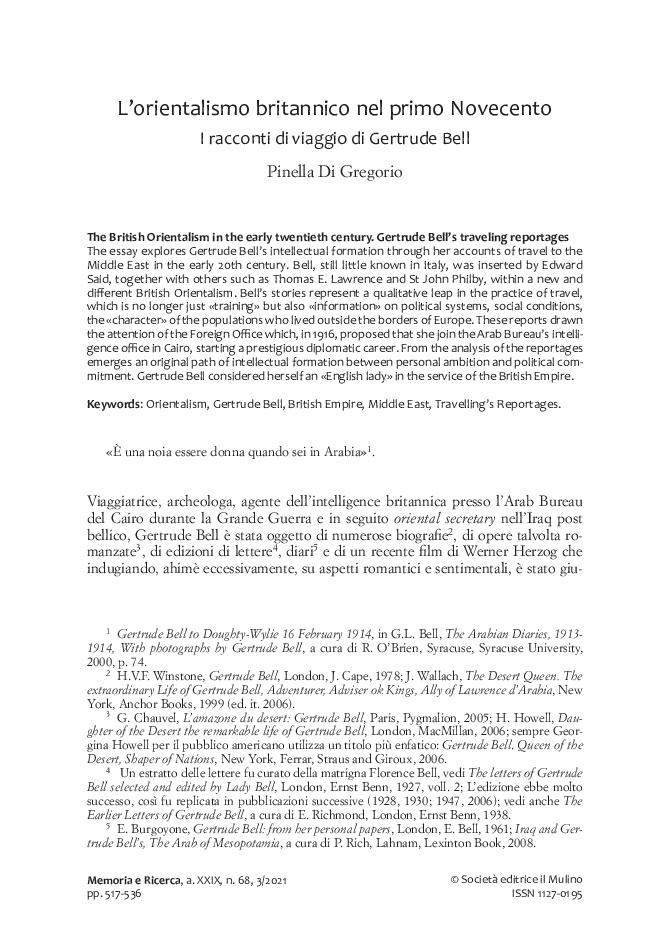