The present research, focused on development of body schema in first-grade Primary School children, aimed to study cortical representation of fingers as different elements. This because it seems to be high correlation between finger gnosia and later development of numerical abilities, that initially based on support of hand fingers (Noël, 2005; Bafalluy and Noël, 2008). The study was carried out with 109 children, divided in 2 groups selected for different (mode of) assessment: box or sheet. The test consists on a simple touch of fingers, without visual control. From first data analysis arise an outstanding difference only in isolated touch session, than double touches. This comparison shows a preference for sheet assessment, such that children mistake less pointing the finger touched from the examiner on their hand, rather than a designed hand. 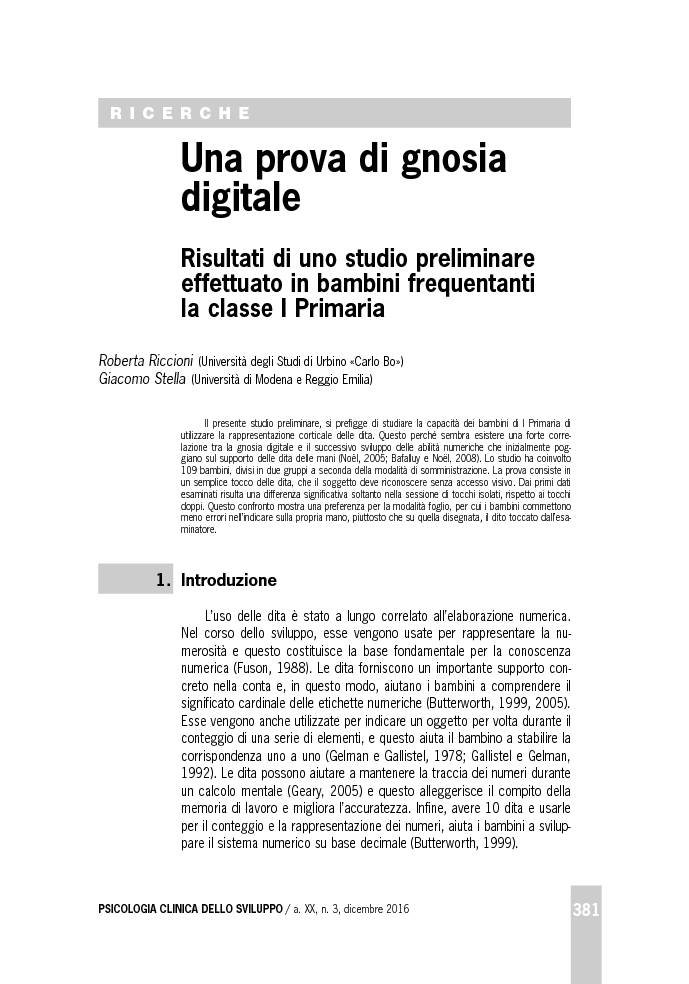