The present work represents the first Italian study investigating whether and how mothers who describe unloving experiences with both parents during childhood could become more secure as adults (termed earned-secures) and what is the caregiving quality that they establish with their children. The sample consisted of 94 women from northern Italy. All the subjects were administered the Adult Attachment Interview (George, Kaplan, Main, 1984), the Attachment Q-Sort (Cassibba and D'Odorico, 2000), and fill in a screening test evaluating depressive symptoms (CES-D; Radloff, 1977). The majority of the sample (84%) remembers an important alternative support figure during childhood (before the 12 years old). The majority of alternative support figures (80%) were grandparents. Earned-secures significantly differ from continuous-secure and insecure groups (F = 27.202, p < 0.01) on the amount of the emotional support. Q-Sort scoring are higher in earned-secure mothers comparing to the insecure ones (T = 8.040, p < 0.01). The concept of «earned security» is highly appealing as it provides, in contrast to a deterministic view, an optimistic perspective on emotional development and human potential. 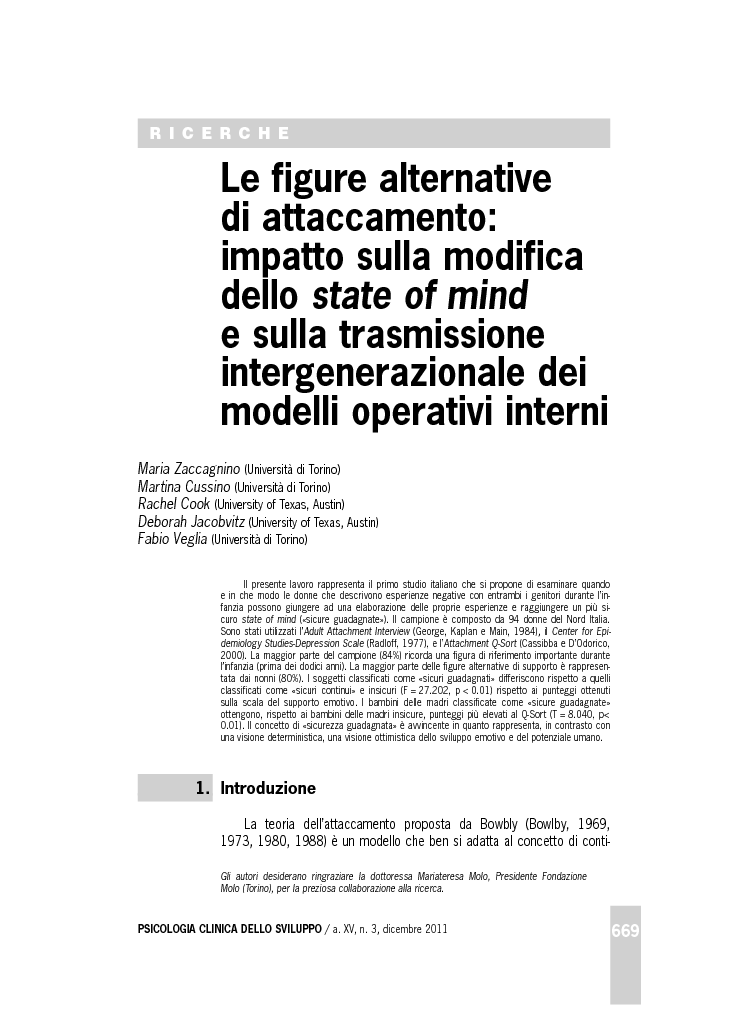