The diagnostic label of Developmental Coordination Disorder (DCD), initially proposed for children with a dysfunctional development of motor coordination, has been shown to describe a clinical picture often characterized also by academic and social difficulties; as a matter of fact it's frequent a comorbidity with the diagnoses of Attention Deficit /Hyperactivity Disorder and Learning Disabilities. The phenomenon of comorbidity, due to the categorical labels of diagnostic manuals, has been criticized by who supports the better usefulness of a symptomatic severity continuum. Therefore a level of analysis of the cognitive-behavioral phenotype, as proposed by the model of the Nonverbal Learning Disability, could help to describe the developmental dynamics of DCD. In order to support this hypothesis the clinical pictures of DCD and NLD are described, in order to find similarities and differences. This comparison supports the existence of areas of clinical overlapping (almost at the level of socio-emotional functioning) and areas of clinical difference (almost at a neuropsychological level) between DCD and NLD. 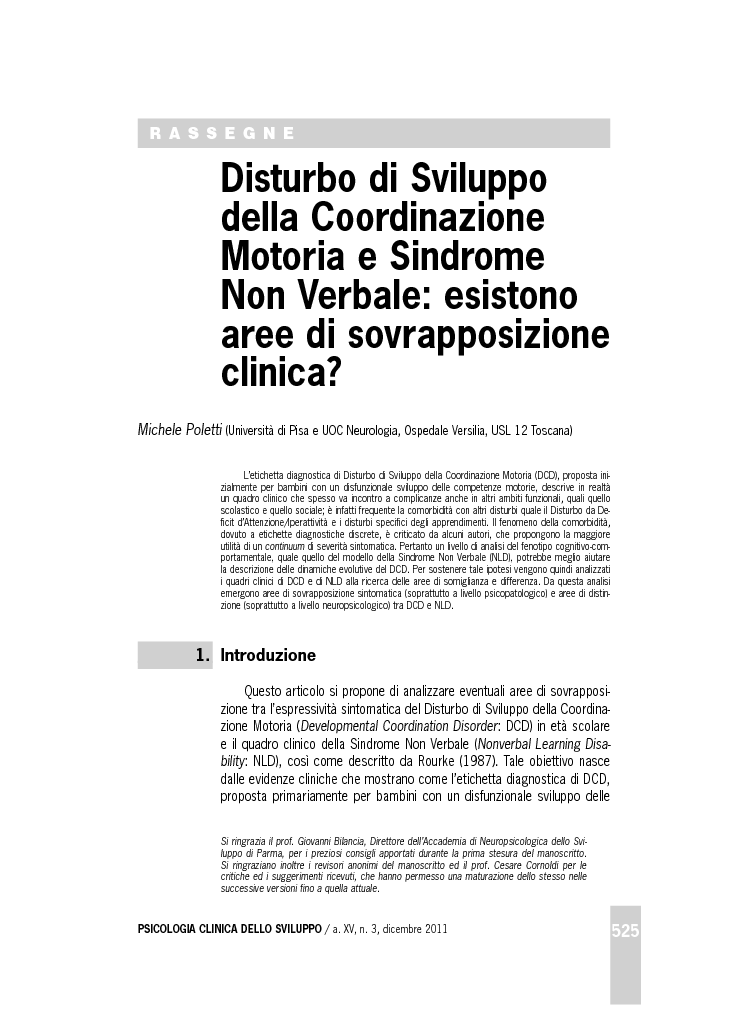