The exact cause for ADHD is not completely understood: the list of risk factors is still incomplete and many interactions between causal mechanisms are only partly explained. The strongest findings in the field come from behavioural and molecular genetics: significant correlations (e.g., DAT1-gene, DRD4-gene, DRD2-gene) confirmed the involvement of the dopamine neurotransmission in ADHD. Results of twin and adoption studies show a strong influence of some environmental factors, particularly among the so-called «uncommon experiential risk factors». For example, practitioners estimate that low birth weight (LBW) is the main cause in 16% of affected children. Neurobiological studies of aetiology have reached an overall consensus on the role played by four brain regions: the prefrontal cortices, the basal ganglia, the cerebellum and the corpus callosum. These findings fit almost perfectly the picture of ADHD emerging from neuropsychology: in fact, these anatomical regions underlie the cognitive functionalities that are found to be defective in affected subjects. The most important cognitive neuropsychological models in literature point out deficits in alerting system, inhibition system and working memory; other functions often cited as important are motivation - a notion at the core of the «delay aversion» theory - and motor control. 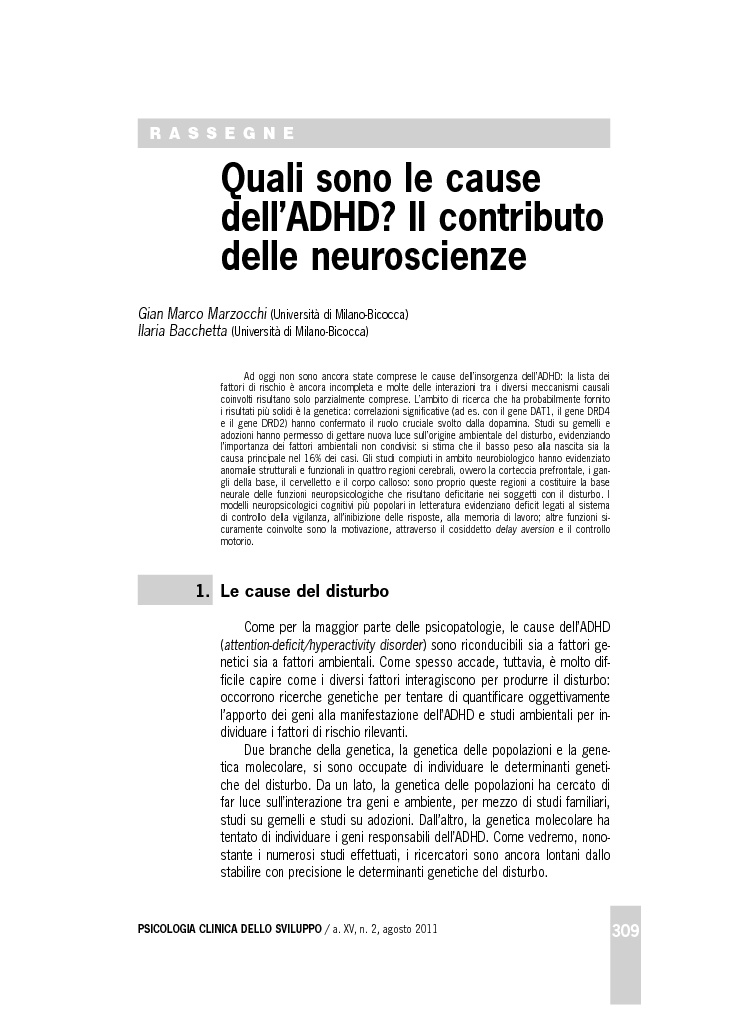