Several studies have shown the relationship between Working Memory (WM) and mathematics ability. However, only recently the role of anxiety in arithmetic has been investigated. In the present study two groups of children, with and without calculation disability, were examined. The two groups received automated working memory tests (visual and verbal) and the MARS Questionnaire on math anxiety. The results showed that: a) there is a relationship between calculation ability and working memory, b) there is a significant difference between the two groups in the correct recall of working memory tests, both visual and verbal, and in the inhibitory processes and c) the two groups differ in math anxiety, but not in other types of anxiety. These results explain which abilities have to be developed and enforced in order to obtain efficient training for children with specific learning disabilities. 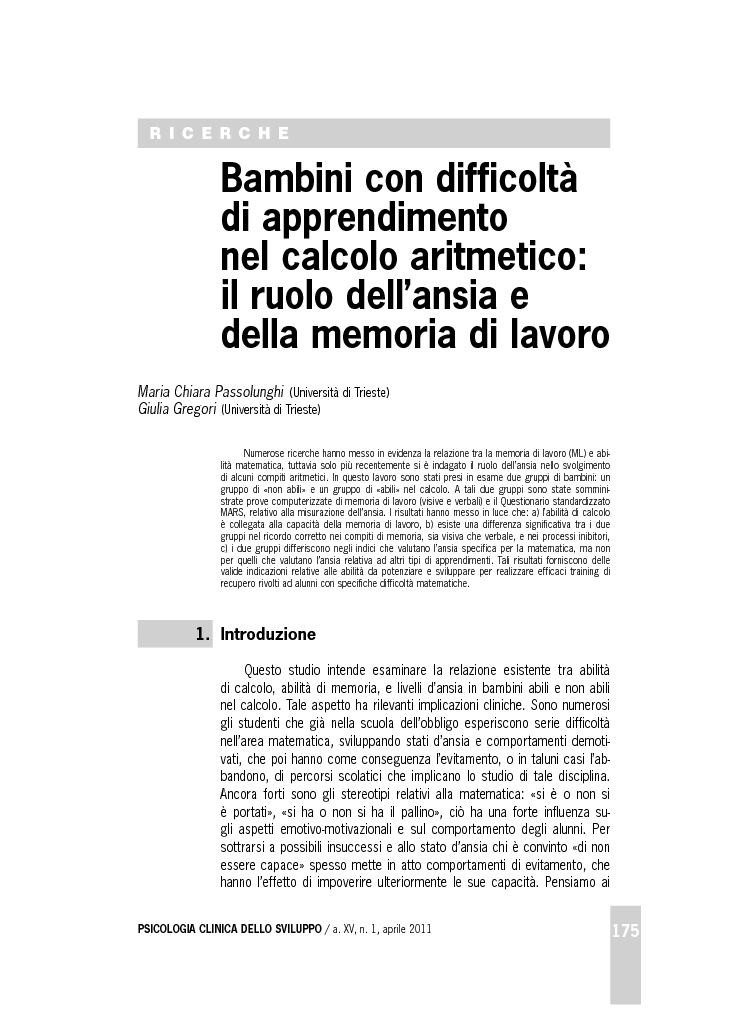