This study analyses interdyadic differences in the development of early mother-infant face-to-face communication, to asses whether the different kinds of developmental trajectories are associated to significant differences in the quality of dyadic co-regulation. Twenty-four mother-infant dyads were videotaped weekly during a naturalistic face-to-face interaction, between 1 and 14 weeks. Two groups of dyads distinguished on the basis of their developmental trajectories of communication («increase» group and «peak-decrease/change» group) were compared on the basis of infant characteristics and behavior, maternal behavior, and co-regulation processes. Results show that especially during the 2nd month "Symmetrical Communication" was significantly more elevated in the «peak» group: mothers "Reflected" their infants' expressions more than the other mothers that, on the contrary, "Stimulated" more than the formers. Infants were reported to show higher Positive Emotionality and lower Negative Emotionality than their peers in the «increase» group; moreover, they "gazed" at the mother's face and "smiled" earlier, affecting the occurrence of maternal "Reflecting" significantly. These differences shed light on the subsequent divergence of developmental trajectories of face-to-face communication. 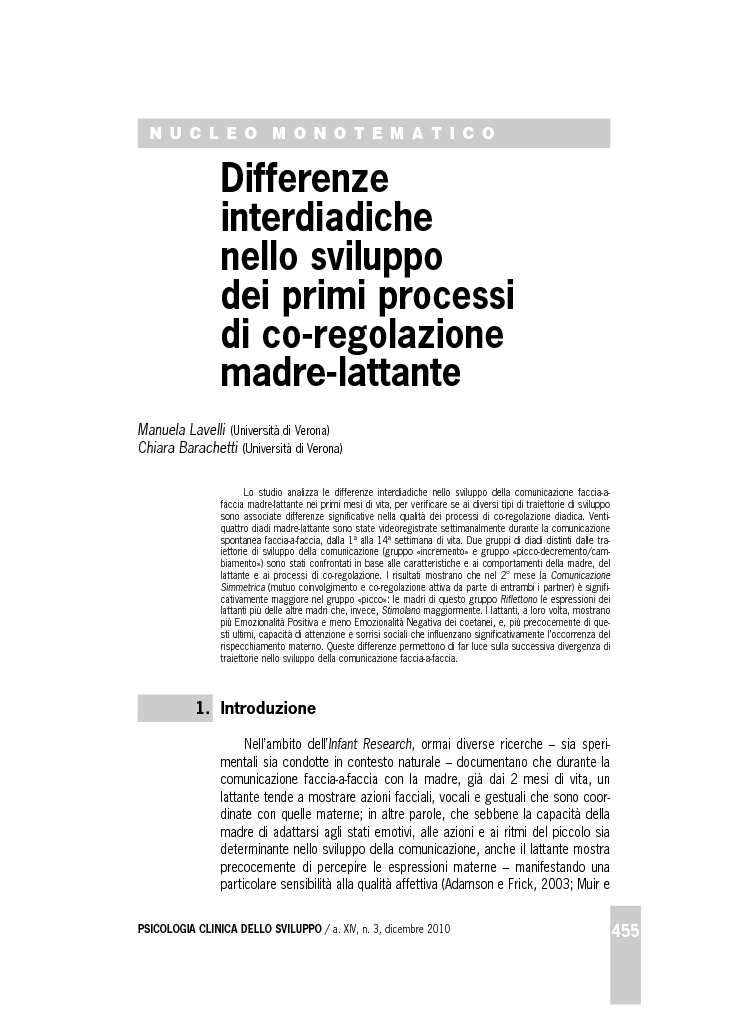