The present study was aimed at investigating the nature of face representation in newborns and in three-month-old infants. Evidence demonstrated that newborns showed a visual preference only when faces were contrasted with an inverted face with the eyes correctly oriented but located in the lower part (Experiment 1). On the contrary, when faces were contrasted with an inverted face in which the eyes were misoriented (Experiment 2) newborns did not show any preference for the face. In contrast, three-month-old infants showed a preference for faces with the eyes correctly oriented (Experiment 3). Overall, these results demonstrate that face specificity is not prewired, but arises from general perceptual processes that, during development, become progressively tuned to the human face, as a result of extensive experience with this stimulus category. 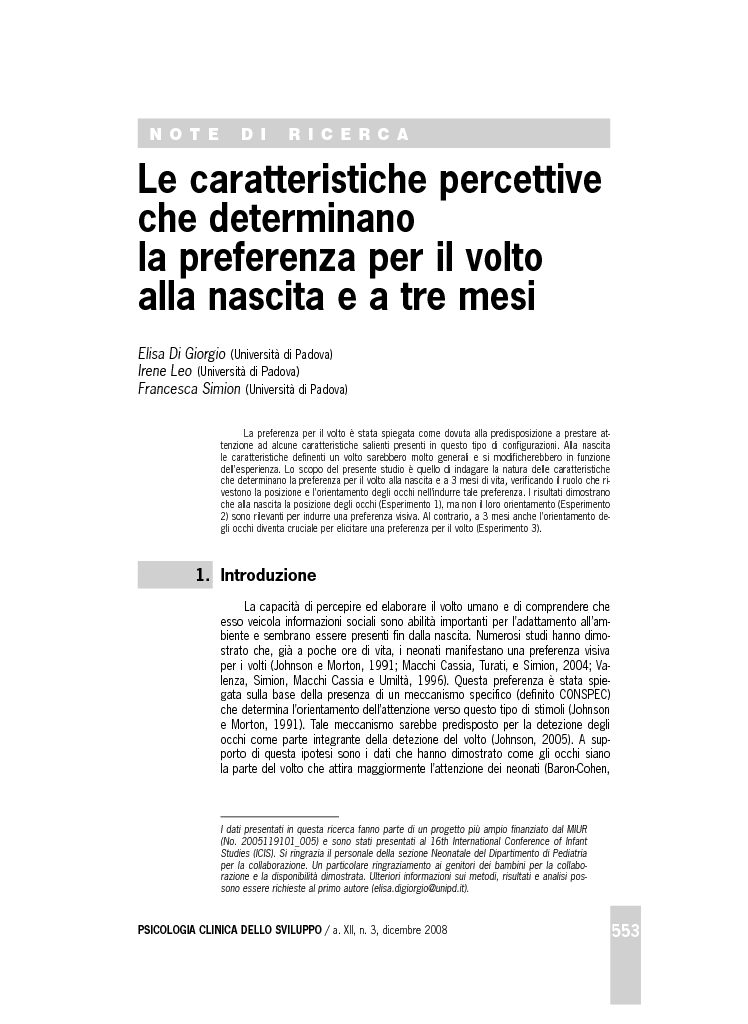