The Social Competence and Behavior Evaluation (SCBE) is a standardized instrument designed to assess patterns of social competence, affective expression and adjustment difficulties in preschoolers. The aims of this study were to contribute to the validation of the Italian version of the SCBE by testing its psychometric properties (internal consistency and factors structure) and to examine whether factors such as the children's age, gender and socio-economic status (SES) were related to the children's social competence and behavioral problems. 450 children aged 2.5-6.5 years, from two different districts of Northern Italy, were evaluated by their teachers. Data results showed that the Italian version has satisfactory internal consistency and split-half reliability. Furthermore, the Italian version confirmed the robustness of the SCBE and showed that its factor structure was comparable to that of the original version. Boys scored higher than girls on the Externalizing scale, while there were no significant differences between the two sexes on the Internalizing and Social Competence scales. In general, internalizing and externalizing behaviors decreased with age, while social competence increased. Socio-economic status was not associated with scale scores. Overall, these results demonstrate that the new Italian version of the SCBE will be useful for assessing social, behavioral and emotional adaptation of preschoolers in Italy. 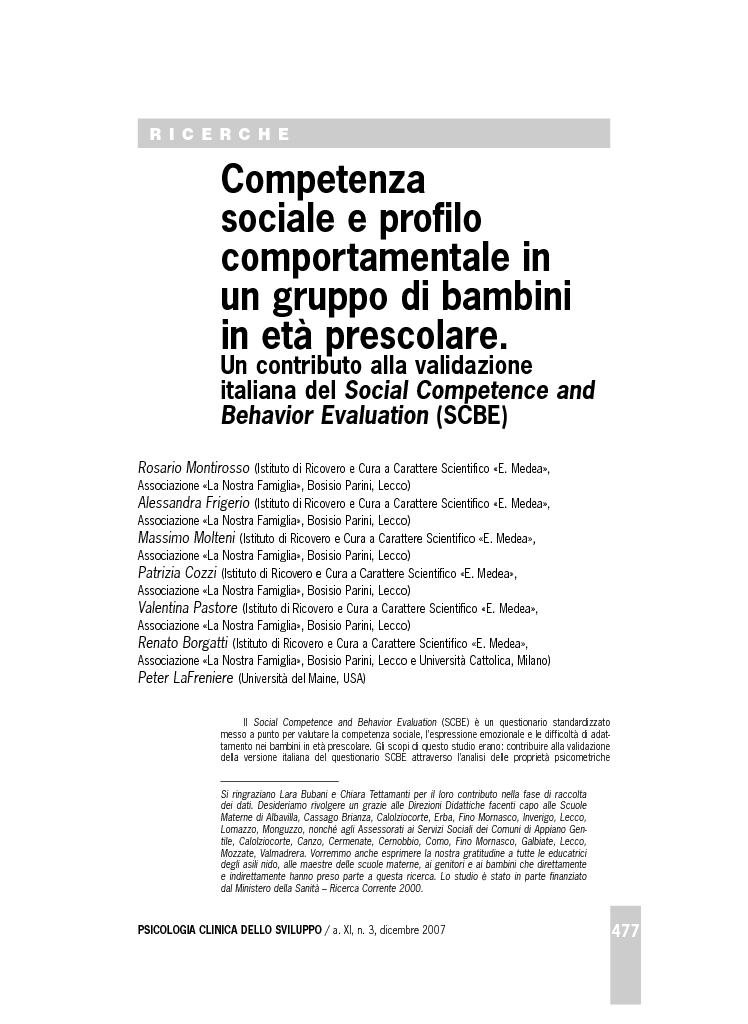