The aim of the longitudinal research was to explore the influence of self-image during adolescence, and the influence of parental representation, on psycho-social risk during adolescence. The subject were given the YSR internalizing and externalizing scales (Achenbach and Edelbrock, 1987) and the OSIQ scales (Offer et al., 1989) related to body image, social relationships, moral self, goals, family relationships, mastery and sexual attitudes. The answers given by parents and students were compared using a simplified version of the OSIQ scale. Results indicate that internalizing problems were predicted by family relationships only during the first year, although the effect persists for three years. Over time the importance of body image for girls and social relationships for boys increase. Parents would seem to have a good understanding of their own children and their representation well predicts academic performance. 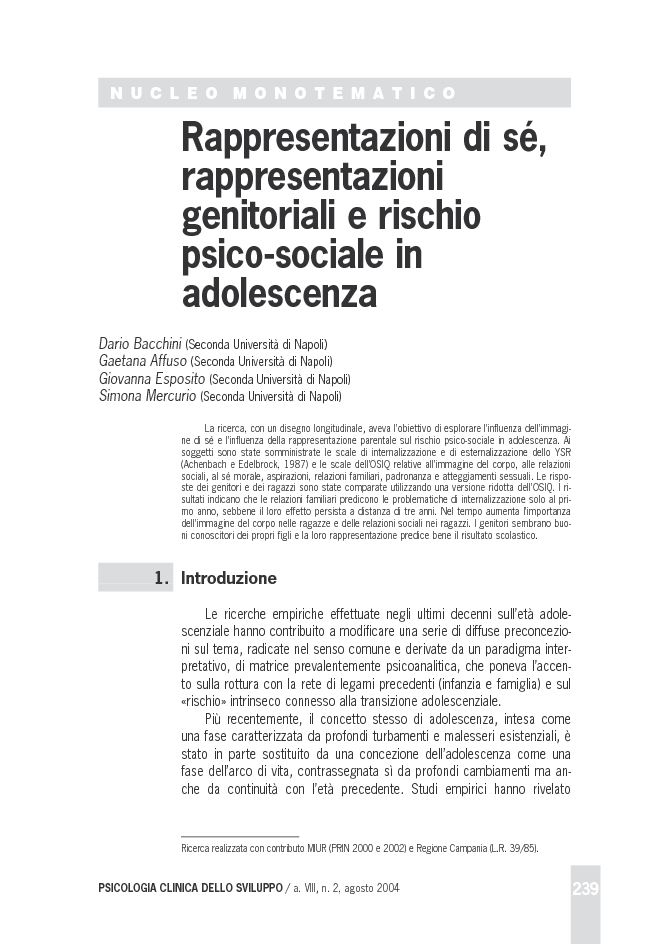