The aim of this study was to investigate, with the Italian version of the MacArthur (CDI), early lexical and morphosyntactic development of 70 very low birthweight preterms, without neurological deficits, at 30 months of corrected age. Effects of biological and social risk factors on the above-mentioned abilities and the relation among them and the IQ were examined. Significant results showed that lexical, morphosyntactic and cognitive mean scores fell in a normal range. However, 20% of the sample had a lexical development at risk (<= 10th percentile), 15% did not use free-standing morphemes and pronouns and had a IQ < 85. The analysis of biological and social risk factors has identified some subgroups with a less advanced linguistic and cognitive development and, in some cases, at risk: significant factors were those linked to a great neonatal immaturity (birthweight <= 1000g, gestational age < 31 weeks). In fact children with these risk factors, especially if males, produced less words and sentences, the latter mainly without free-standing morphemes. Maternal and paternal education did not seem to affect linguistic abilities. Significant correlation among lexical, morphosyntactic and cognitive competencies were found. 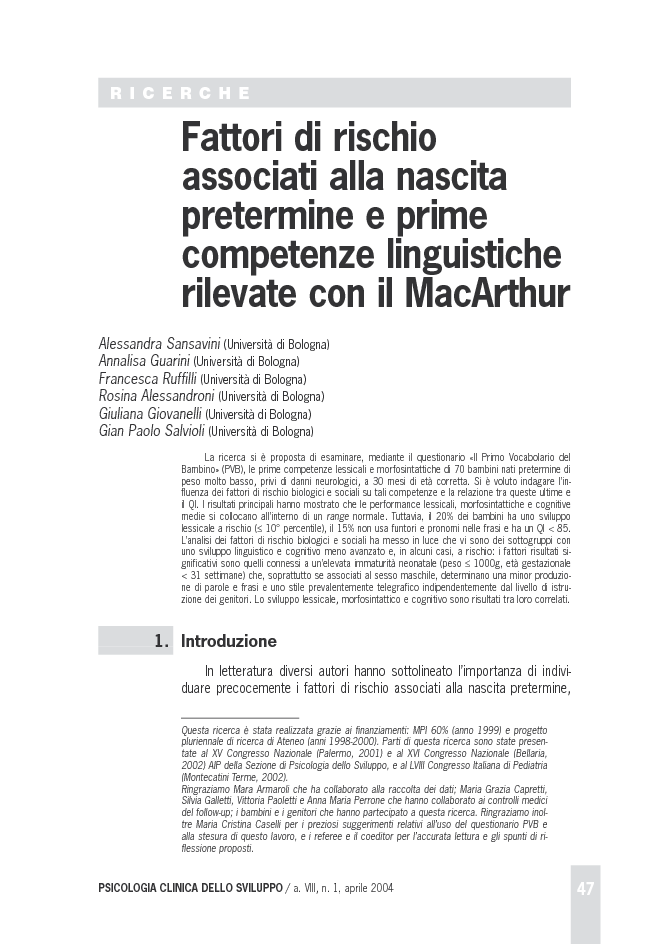