Two studies have been performed to investigate current and earlier personal determinants of subjective well-being in a large group of adolescents. In premise to both studies self esteem, life satisfaction and optimistic orientation toward life have been posited as important ingredients of subjective well being. In the first study, confirmatory factor analysis proved the existence of a common second order factor underlying self-esteem, life satisfaction and optimistic orientation toward life. Then the impact of emotional, interpersonal and academic efficacy beliefs (namely personal beliefs to deal effectively with negative and positive emotions, empathy, filial relation and social relations and scholastic performance) and of the Big Five Personality factors upon this second order factor has been examined. In the second study, the predictive power of efficacy beliefs and of the Big Five versus well-being, operationalized as the second order factor resulting from previous confirmatory factor analysis, has being examined at two years of distance. Results of standard and hierarchical regression analyses proved the predictive advantage of efficacy beliefs when compared with the Big Five and further attest the heuristic and practical value of social-cognitive approach. 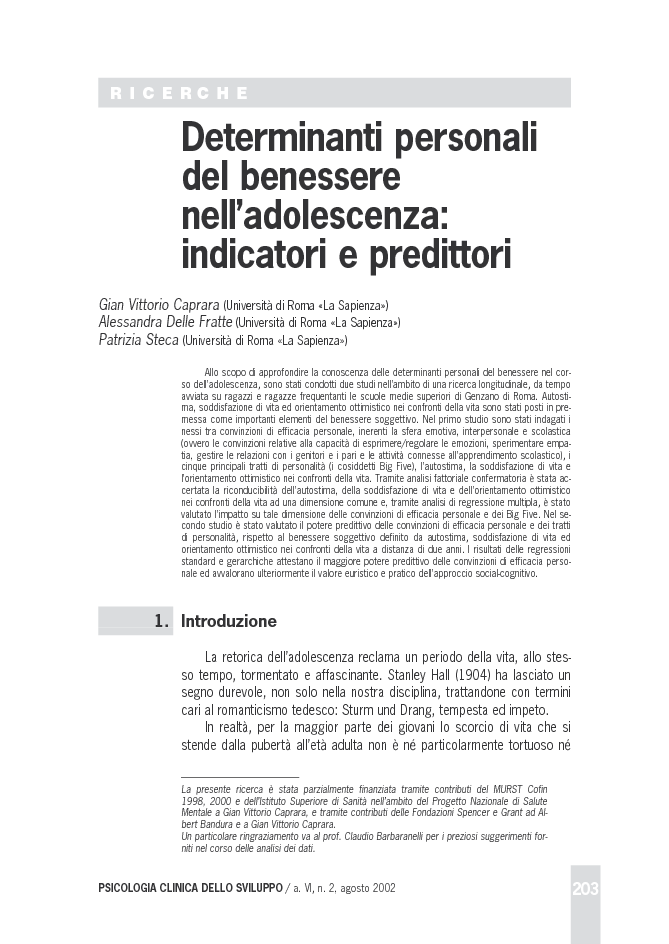