The transformations occurred in the welfare’s programs, due to the 2008 economic crisis and the increasing political and economic integration required to the Eu Member States, lead to the necessity to theoretically redefine the regimes typology itself. In this contribution, the focus will be on the comparative analysis of social protection and labor market policies accessible to young people, in helping them in the transition to the adult life. We will consider four European countries, Italy, Greece, Bulgaria and Estonia: they belong to two different Welfare State regimes, Mediterranean and Eastern Post-Socialist. We will show how boundaries between these two systems are blurrier, with respect to some welfare dimensions and focusing on young people. In the first part, we will present some of the relevant characteristics of the two welfare regimes, while in the second part we will try to introduce some similarities between the four countries, through the analysis of the nature and level of accessibility of social policies for youth. In the last section, we will focus on the consequences of different social policies programs on the risk of poverty and social exclusion of youth and on their capacity to be autonomous. 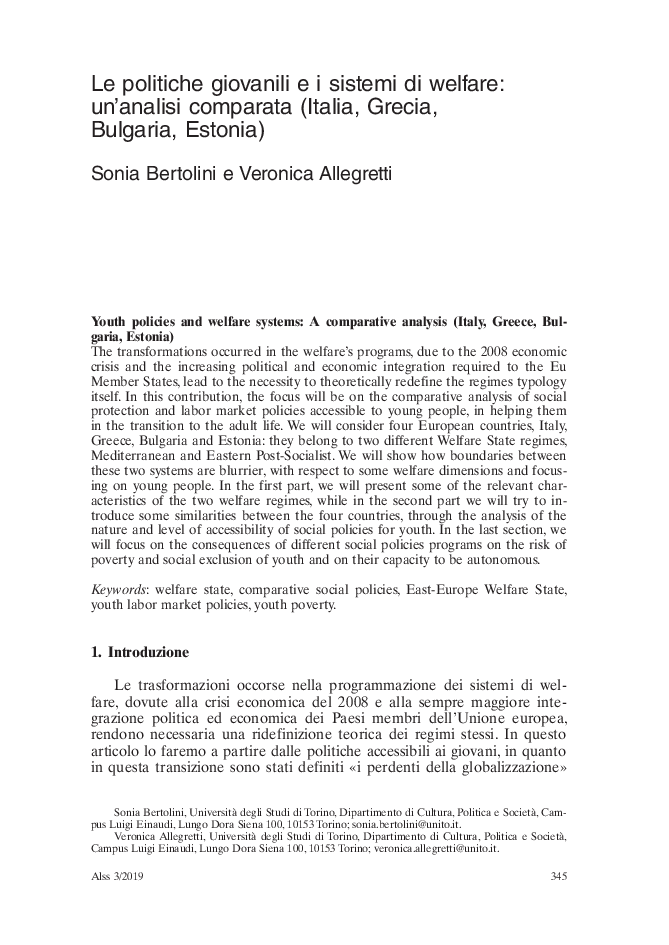