After almost a year of experimentation of the measure to combat poverty called «Support for active inclusion - Sia», Italy introduced in 2018 the «Inclusion Income (Rei)». The first structural form of minimum income against absolute poverty (Gori 2017). In the implementation of the policy, the figure of the social worker takes on a decisive role,that in agreement with the other territorial bodies has the task of accompanying the beneficiary in an autonomous and working development process. In this regard, through a qualitative research, we wanted to investigate if Italy has implemented that organization and those tools aimed at ensuring the success of the instrument to combat poverty, interviewing the actors mainly involved: the social workers. The goal is to understand if it is indeed a reform aimed at combating poverty bringing out lights and shadows on the Rei in view of the introduction of the «Basic Income». The research covered three Italian Regions: Lazio, Puglia and Calabria, in order to bring out how much and how the territorial variable can make the difference. 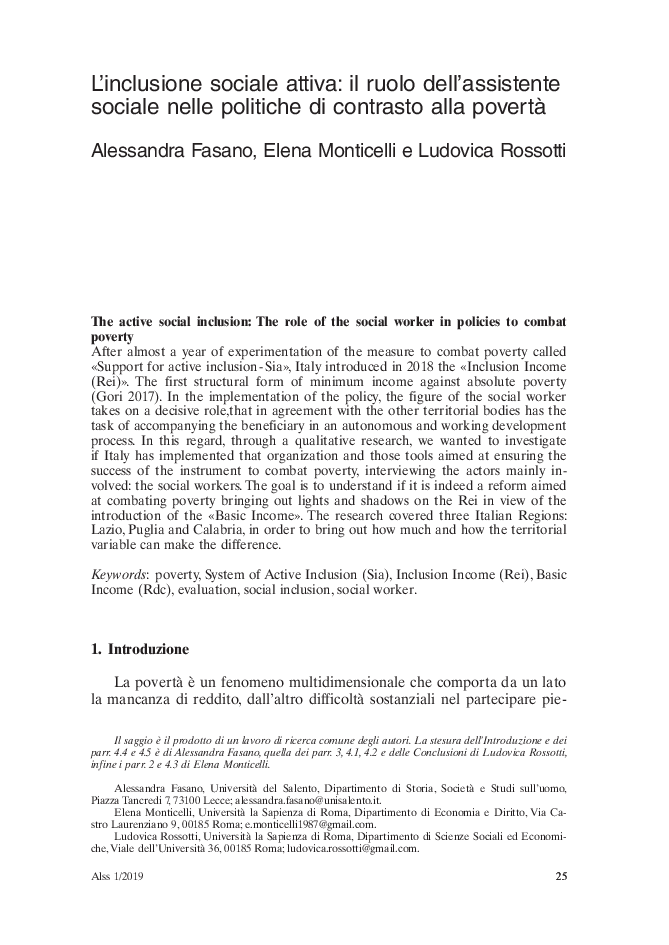