Social impact bonds were officially launched in France four years ago as a label for innovative social projects. This paper focuses on two such programs aimed at maintaining children in their family by experimenting alternatives to placement. To document these choices, we provide a definition of the Sibs devise and their adaptations in the French context. Its proponents refer to a set of four promises: economies, better care, innovation and, lastly, the premises of a restructuration of the field. However, some point out that when Sibs were tested before in Anglo- Saxon countries, they proved disappointing. Finally, in France, after three years of preparation, only one of the two projects is officially launched. We hypothesize that a low-brow approach with a humanist message might prove a better choice for associations who want their Sib projects to be selected and developed. The fact that more explicit accounts in terms of economic and financial choices trigger resistance might point at some practical concerns about the development of the underlying optimist view of Sibs and their promoters, social finance and social entrepreneurs. 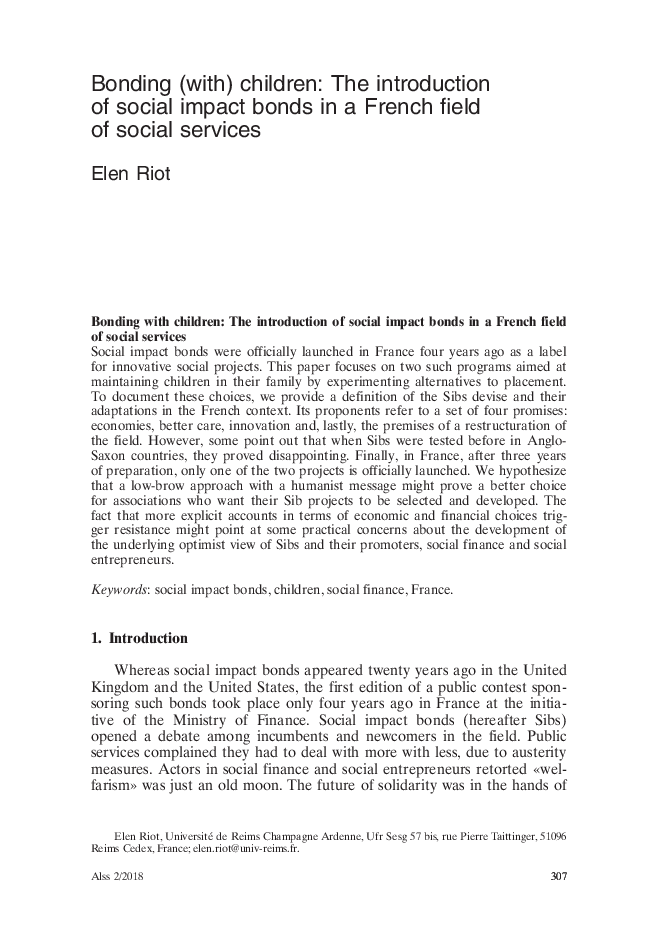