The growth of the Third Sector seems to be among the few elements that show a constant trend in forty years of profound transformations in the Italian welfare system and, more generally, in the political and economic scenario. During these years, non profit organizations have acquired an economic relevance that seems to overcome the recent crisis. At the same time, their political influence grew through the inclusion in the governance processes. Starting from the analysis of some recent transformations of the quasi-market of social services, the article focuses on the development of the Third sector highlighting a significant difference between long and short-term trends that suggests an almost opposite impact of the two welfare crises. While the lack of public resources of the end of the 70s resulted in a growth of opportunities for the Third Sector, the effects of the 2008 crisis and of the austerity policies that followed caused a significant reduction of the resources. Within this new scenario, risks arise for the non profit sector, concerning both the economic and the political dimension. On the one hand, the so-called marketization process fosters economic strategies that become increasingly similar to those of for profit actors, determining among other effects the worsening of working conditions. On the other end, economic competition tends to trigger a process of depoliticization that risks undermining the Third Sector potential to trigger social and political change. 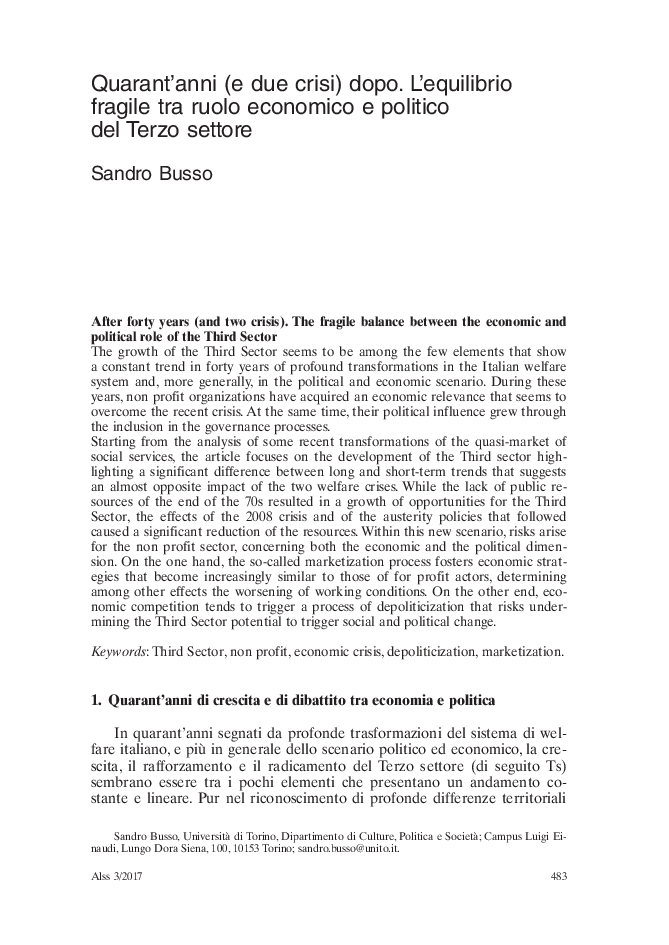