Scientific literature is first examined, concerning disasters and age. Only recently age as a relevant variable has been considered, thus developing the concept of «differential vulnerability» and realizing the need to specifically care for the aged in all phases (before, during and after earthquakes) in the same way we have started doing with children. Some data are offered, on how much and how the Emilia earthquake of May 2012, has affected the aged, and on the extent of emergency and post-emergency responses specifically devoted to them. Finally, it is described the experience of Cavezzo, one of most stricken municipalities in Modena province, where through the cooperation of local institutions and Ngos an emergency unit has been set up for 40 very frail aged persons, allowing them to remain in their home town. Rivello (St. Egidio Community) offers a touching diary of these days, and of his encounters with the aged. A few conclusions are drawn, which might be useful in other cases. 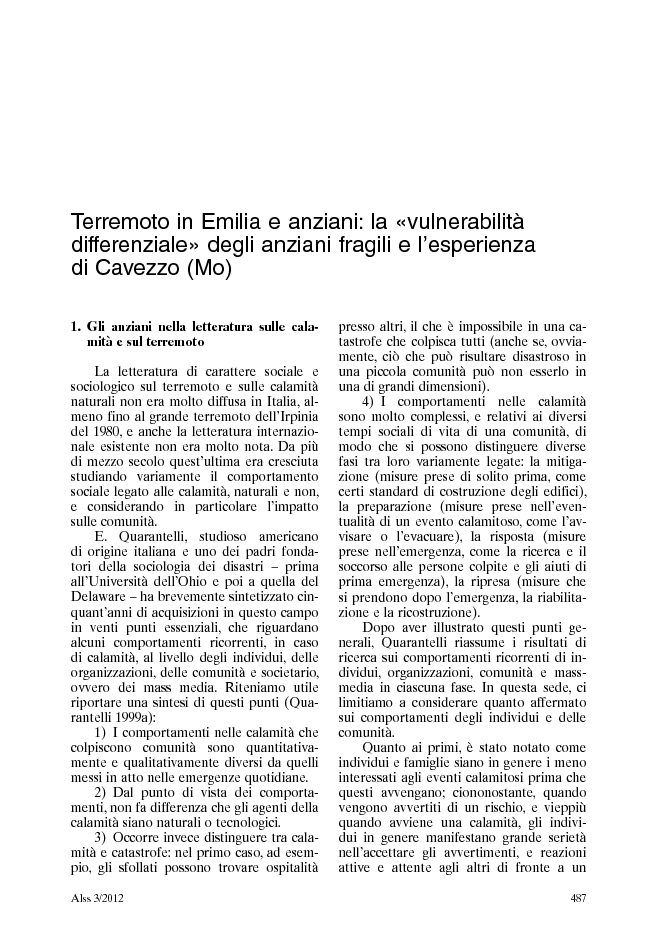