During the actual historical period, characterized not only by the crisis of economy and financial markets, but also by profound changes at various levels that affected the Italian society, my aim is to investigate whether and how the lives of immigrant families have changed and what could be the effects of this change. Starting from the Istat-Eu-Silc national surveys on the income of families with foreign origins, it will be compared a set of indicators of material deprivation and poverty of Italian and migrant families living in Italy. Object of this paper is an analysis on the condition of migrant families in Italy, and the hypothesis from which I start is that the consequences of the economic downturns have more serious effects for the non-Italian families, generating higher levels of poverty and social disadvantage, than the Italian ones. The issue is not trivial, because for several years in Italy a large proportion of the population accessing the network of social services is made up of foreign nationals. And if this population will increase, this could mean not only a greater responsibility for the local and national institutions, but also in prevision of a continued reduction of public resources, a higher level of competition and possible conflicts among the «new poor» Italians and foreigners. Finally, the analysis of the data clearly shows that for the migrant families is possible to speak of a major structural weakness compared to the Italian ones, both in terms of «internal» factors (limited primary support networks, increased social vulnerability for children arrived in Italy after the family) and «external» factors (mainly related to the access to the labor market and to the precarious housing context). 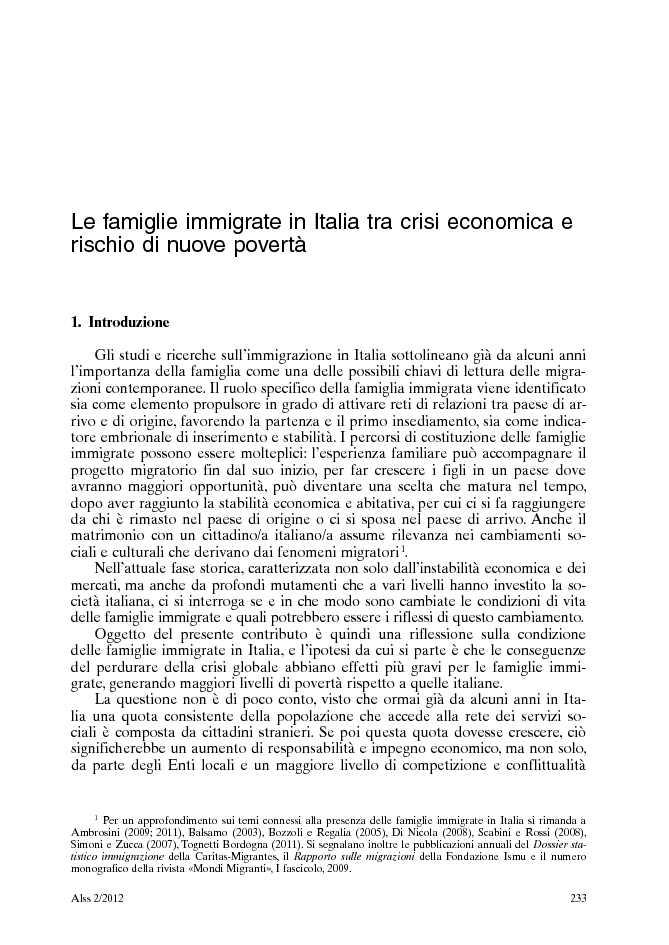