The new forms of relational nature, which nowadays often come up in real contexts and afterwards spread out in virtual no-places, or are an expression of «movements» created in the Internet (blogs and social networks), transform already existent models of sociality and create social connections. Users who set such «digital connections» feel themselves protagonists of nets of personal relationships and links which give sociality, support, information, sense of belonging and social identity which they show in public places through new forms of expression. It all becomes interesting when such relational modalities, which are fed through the Web and find continuity in public places, don't exhaust themselves in a sum of practices and usual rituals but join with attitudes and behaviours meant to start profitable and constructive occasions of sociability as civic participation. We refer, for instance, to those participative dynamics, as Guerrilla Gardening (a movement against the urban deterioration), which rise and spread through virtual platforms characterized by a civic interest for social matters and youthful imagery, where generational horizon and virtually public space meet. This movement started from dialoguing modalities and confronting on certain topics, and it has stimulated the users to discuss directly and personally in the city square. It is an actual case of how even sharing social contents can influence the process of creating a civic sense, investing different people with responsibility towards concrete actions and initiatives. 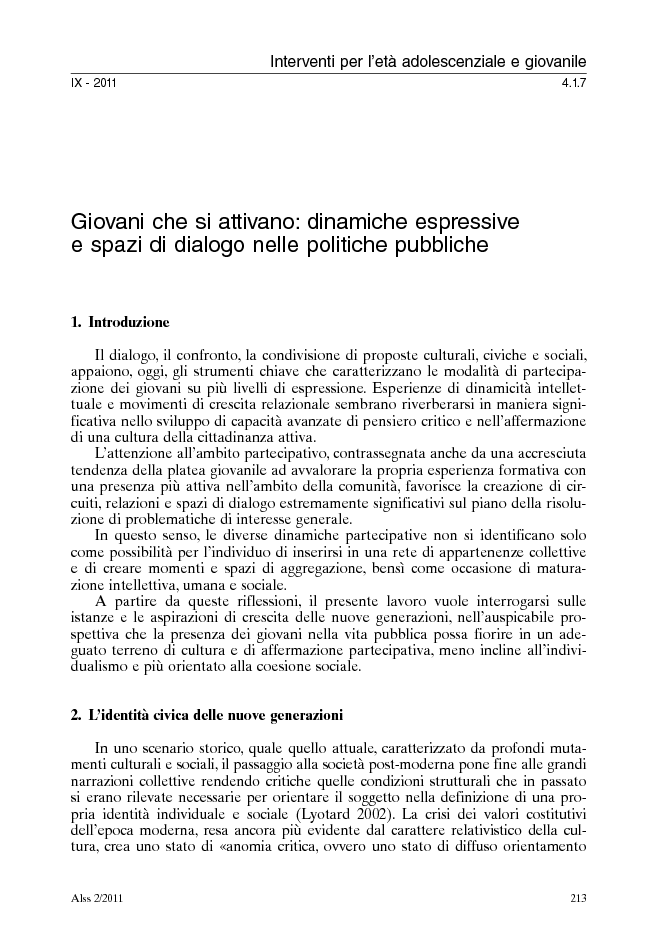