During the last three decades, Italy has progressively shifted from being a country of emigrants into an immigrant one. Lately, immigration has become a longlasting and permanent phenomenon, as shown by the increase in family reunifications. This paper examines selected characteristics of foreign families in order to detect if, and to what extent, the latter differ from or resemble Italian families. Special attention will be paid to the following features: i) structure and composition of families; ii) stock of cultural and economic capital at their disposal; iii) housing conditions. Reported findings are drawn from a survey conducted in upper secondary schools in the Province of Bologna. Data were collected during the 2006/07 school year through a questionnaire administered to a total of 3,020 students, both Italian and foreigners. The questionnaire's family section permitted both to collect data on the main characteristics of Italian and foreign families and to interpret this data according to one of the most important variables: the duration of presence in Italy. This research will show the existence of some similarities between foreign and Italian families, above all with respect to the composition of students' families and their cultural capital. Nonetheless, differences prevail: foreign families display a few significant drawbacks, which are especially marked if they have been residing in Italy for a short time. 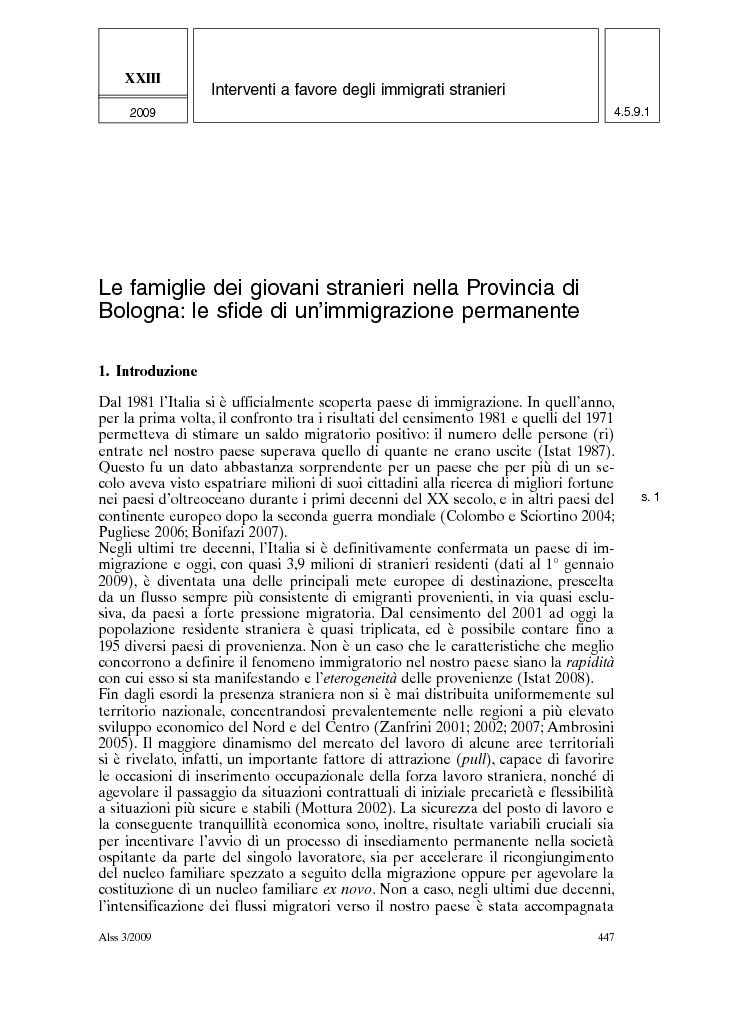