Naples’ subway system of the three As (Architecture, Art, and Archaeology) which has been under construction in Naples for more than twenty five years, presents aspects of particular interest: not only for the unusual quality of the stations that have already been open – nicknamed «Art Stations » – and for the continuity and coherence of its design, but also for the notable consistency of its quarter-century long implementation, despite an ever-changing political landscape: shifting local council majorities, city mayors, regional governors, and even national parliaments and governments, often with opposing political orientations. This is a case very rare in Italy: the long-term continuity of a public infrastructure initiative, which has significantly increased the cultural attractiveness of a city already rich in heritage, and which has prompted the editors of this journal (EdC here) to ask the senior managers of Metropolitana di Napoli, the company that has been carrying out the work – President and CEO Ennio Cascetta, and Consultant and Artistic Director Achille Bonito Oliva – to describe the conditions that have made this experience possible, and the characteristics that have earned it the consensus and support of public opinion, citizens, and tourists. 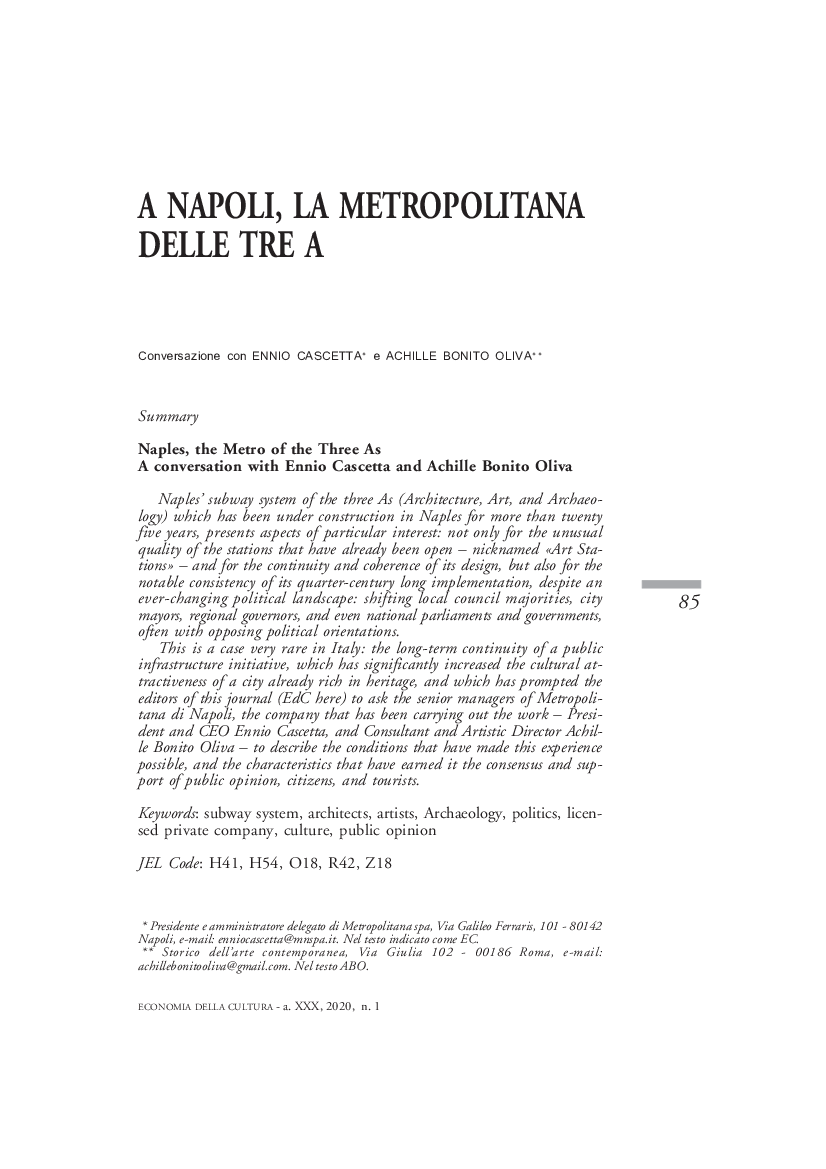