This article gives an overview of the audiovisual and film sectors of the Southern Mediterranean region, with a particular focus on gender imbalances and obstacles faced by women professionals, and on the still persistent stereotypes in the representation of gender roles on the screen. The few gender statistics currently available on women’s role and image in the South-Med industry are combined with the analysis of the results of the EU-funded project «SouthMed WiA – Women in Audiovisual in the Southern Mediterranean » (www.smedwia.eu), implemented in Algeria, Egypt, Jordan, Lebanon, Morocco, Palestine and Tunisia to counter stereotypes and build a more gender-balanced environment in those countries. Despite the incredible potential that the film industry has for significantly contributing to enhance women’s participation in the society, cinema and TV still offer stereotyped and false images of women who, moreover, remain under-represented both on the screen and behind the camera. Initiatives like South- Med WiA are very likely to foster change and positively contribute to influence public opinion by encouraging new perceptions among citizens in the South-Med area about the positive effects of greater gender equality in their societies. 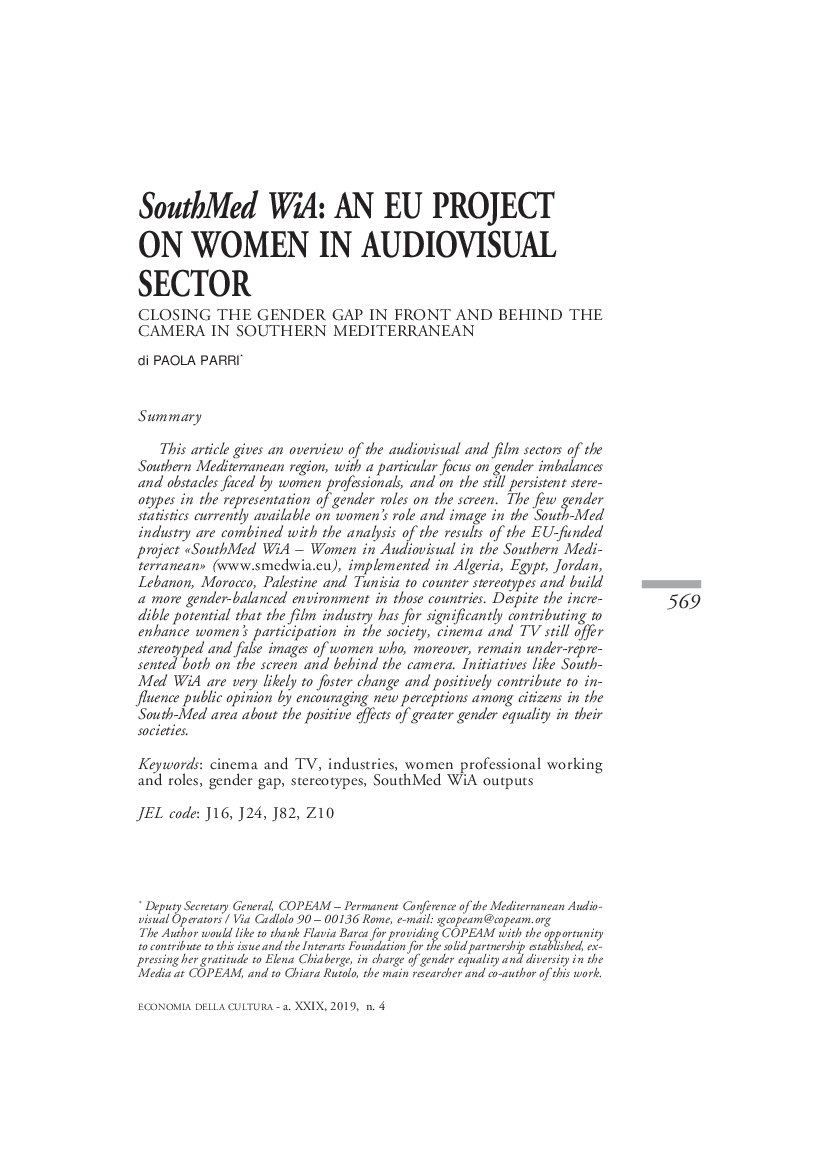