The use of only the paternal and marital surname determined the invisibility of many women and stripped the branches of the matrilineal family trees even in the urban odonymy that reflects, in the street names, mainly the image of the traditional, patriarchal family. Public places named after women are rare; those few are often dedicated to people considered «uplifting» by patriarchal morality. Sometimes the feminine reference is ambiguous, because signs bear an abridged name, or the qualifications that accompany it are declined in the masculine form (it is important to remember here that Italian is a gendered language), or they bear the generic family name only. In the same time, in advertisement, be it in mass media or on the street, the female image is overrepresented and often degraded to a state not only of consumer, but of an actual item to be consumed. And yet in the city and in the media there are new depictions peeking, interpretable as signs of change in the traditional conception of the family, its composition and the division of roles beyond the gender norm. 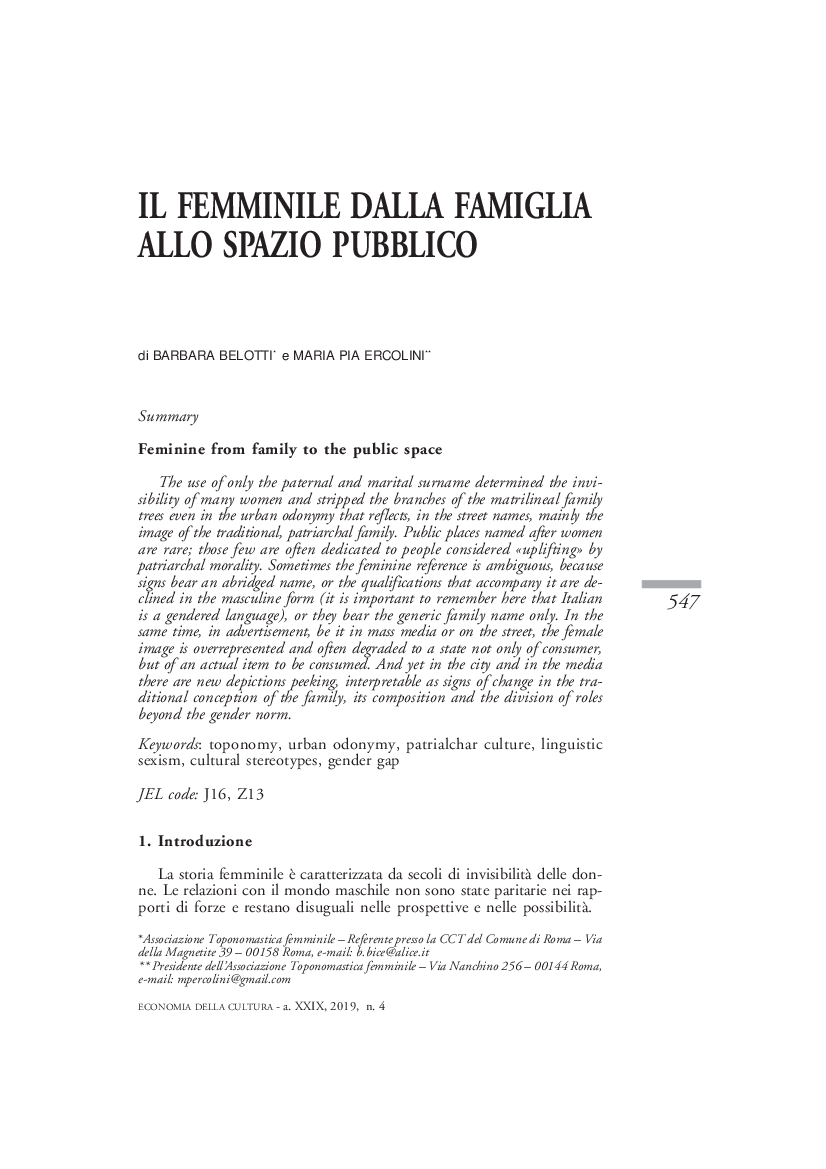