The article examines the main evidence regarding gender gaps in cultural and creative sectors in Europe. The sources show that inequalities persist and that closing the gap is unrealistic without «radical» initiatives to modify the system: that is, without «positive action». Across all sectors, a significant segment of female labour – in many cases already self-relegated to secondary roles due to the lack of established positive practices of female leadership – is denied access to the labour market. There is also widespread discrimination in economic recognition and women are exposed to forms of bullying and harassment in the workplace. Moreover there is no clear definition of an alternative model of female leadership that might open new paths for women entering the labour market and that, more in general, might innovate and make the governance of organizations more effective. Similarly, there is no clear indication as to how to successfully balance work with personal life. What are the remedies? The article condenses a possible policy action to reduce gender inequalities into nine interventions, covering issues that define strategies and public debate at European level around which important initiatives are also beginning to move in Italy. 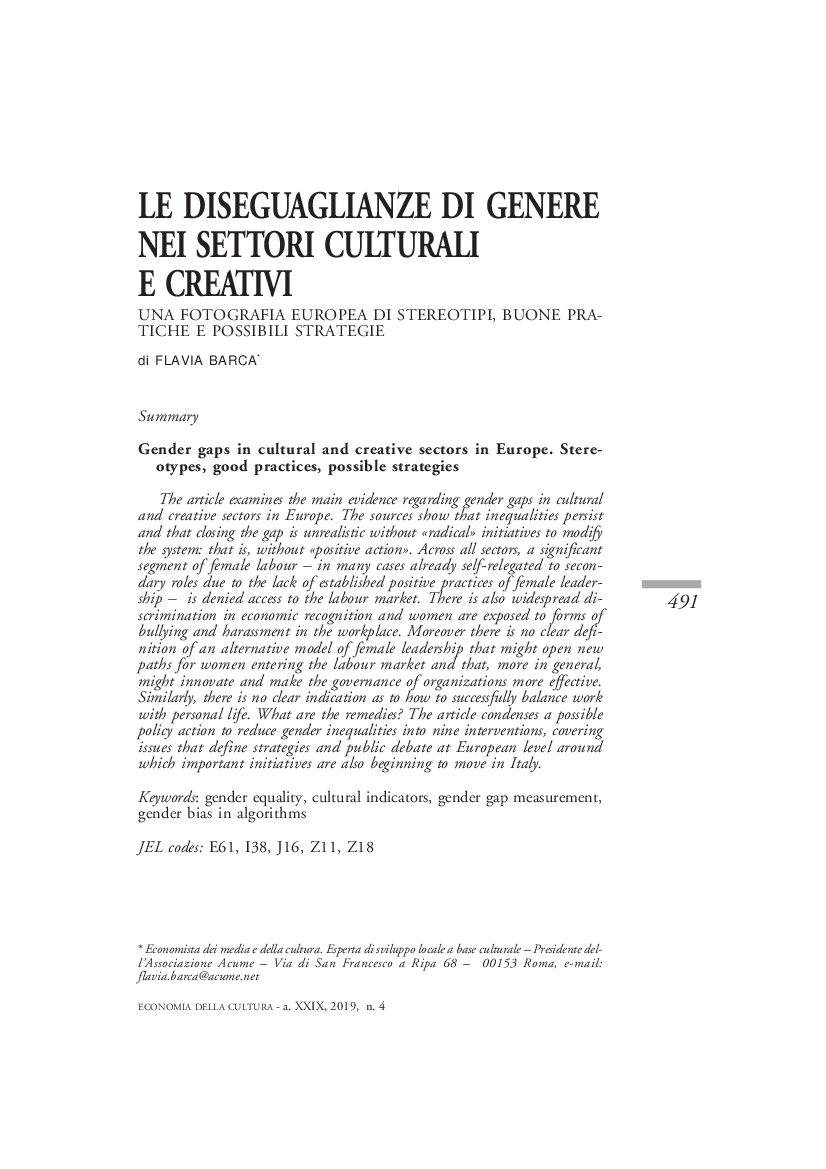