This paper discusses the genesis and framing of the CoHERE (Critical Heritages of Europe: performing and representing identities) - a large, European Commission-funded project responding to an instrumental drive to solve critical social and political problems in Europe through recourse to heritage. The project is one of the largest investigations to date into the politics of heritage in and of Europe, concluding in March 2019 and comprising three years of research conducted by a consortium of institutions over nine countries, including eight universities, one research institute, two museums and a non-profit cultural network: twelve institutions, led by Newcastle University in the UK. Below, we discuss the European-level concerns, assumptions and desires involved in the funding of heritage research, our responses to this, and the political, scholarly and ethical dimensions of working to such agendas. This paper does not concern the findings of our research, which will emerge in forthcoming publications (a number of «work-in progress» publications can be found on the CoHERE Critical Archive (https://research.ncl.ac.uk/cohere/coherecriticalarchive/). 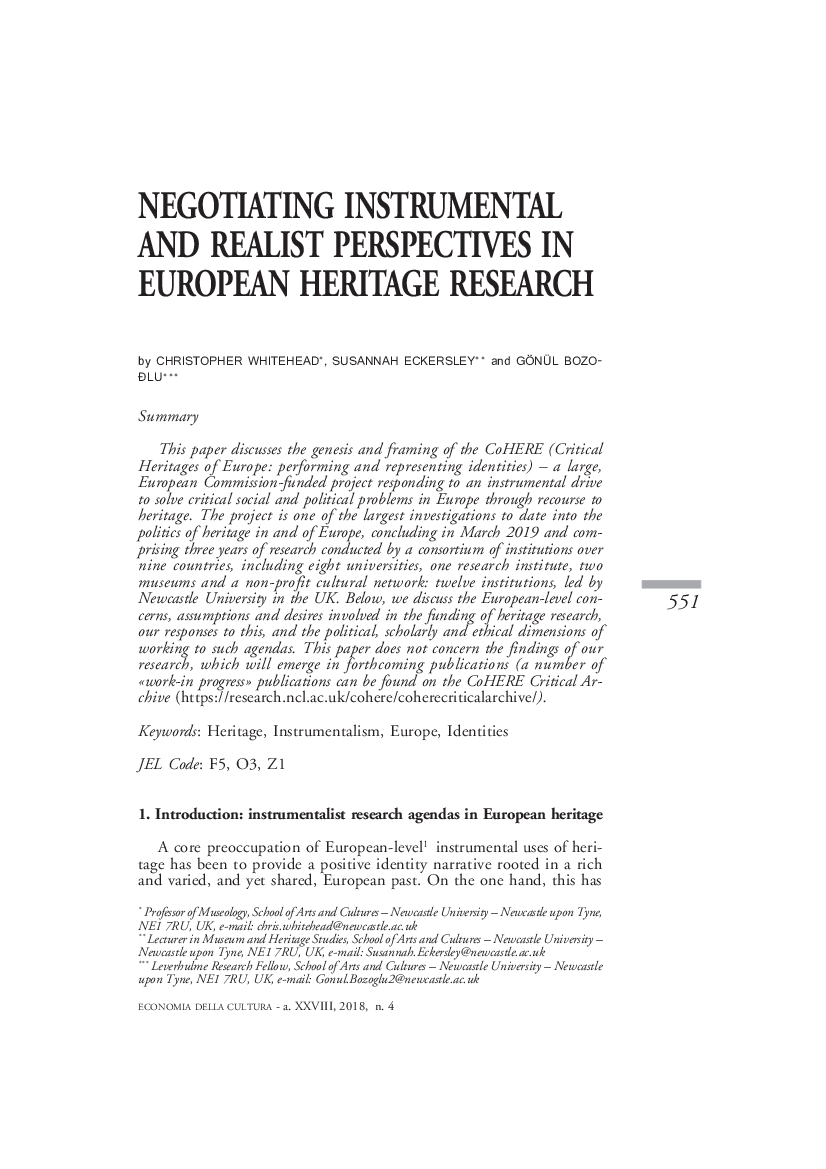