In this article I argue the importance of understanding heritage as a political and conflictual practice, the arena for democratization and egalitarian emancipation. I critically assess the concept of dissonant heritage, as heritage that falls outside of the celebratory and consensual heritage practices, signaling the conflicting and political potential of heritage. I argue that this concept, even though politically potent, have been de-politicised through diverse manoeuvres by academics, professionals and political elites. Finally, I position the notion of «heritage dissonance» as a fruitful conceptual framework for repoliticizing heritage and giving it a new emancipatory democratic role. I argue that the unspeakable and dissonant should reshape heritage politics and policies today and provide the space for re-politicizing heritage as the space for organized disagreement, dialogue and social imagination. 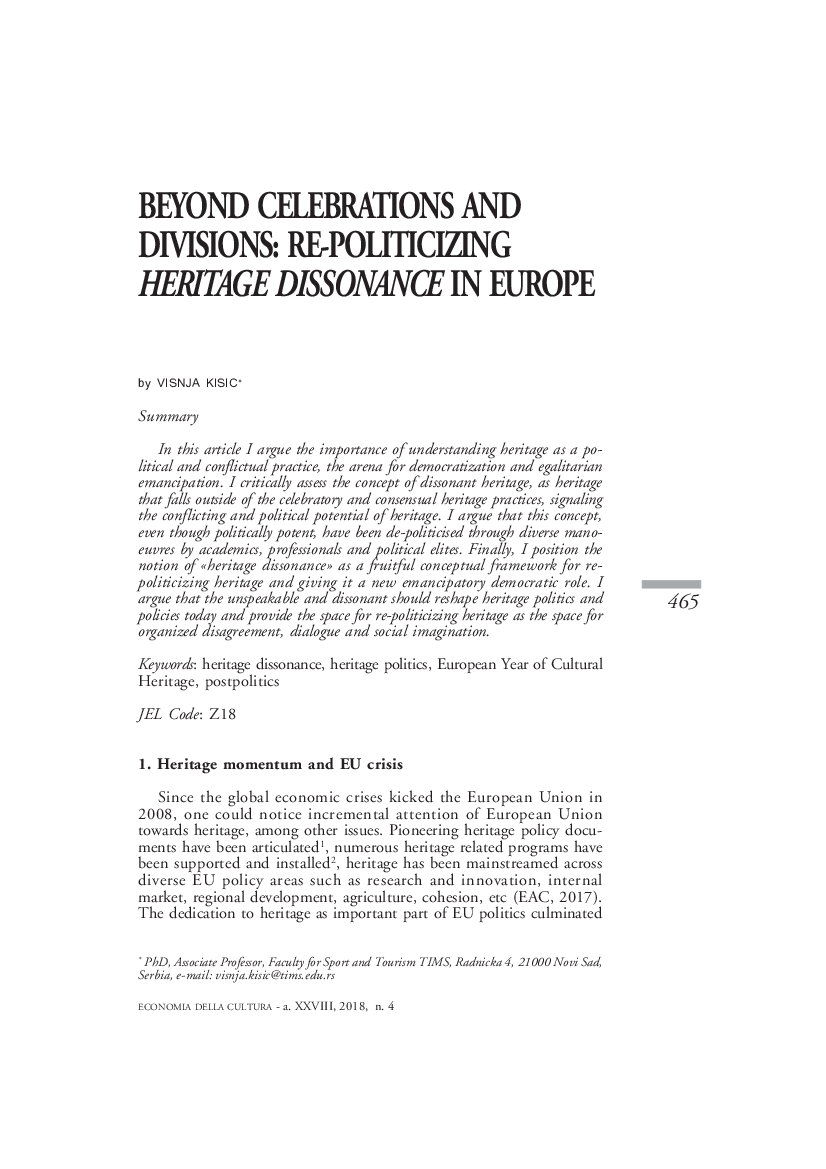