At the 75th edition of the Venice Film Festival, the case of Sulla mia pelle has caused many controversies. The film was produced by Lucky Red and bought on Netflix, the video streaming platform, which will distribute it day-and-date on its platform and in theatres. The hurdle is that of windows of release, whose duration in Italy as elsewhere is linked to commercial agreements nature. The associations of the exhibitors contest the «day and date» distribution system, which they believe denies the economic and social role of movie theaters. The system of distribution of cinematographic works has always needed a «window» to enhance films, and so far this system has allowed the overall development of the entire value chain. Today it is no longer possible to deny the changes induced by technological transformations: video streaming platforms have now become part of our lives and contribute to the creation and distribution of content. Perhaps we should stop considering them as an enemy to fight, and watch them as an opportunity, provided they respect the existing rules on copyright, production, distribution, taxation. 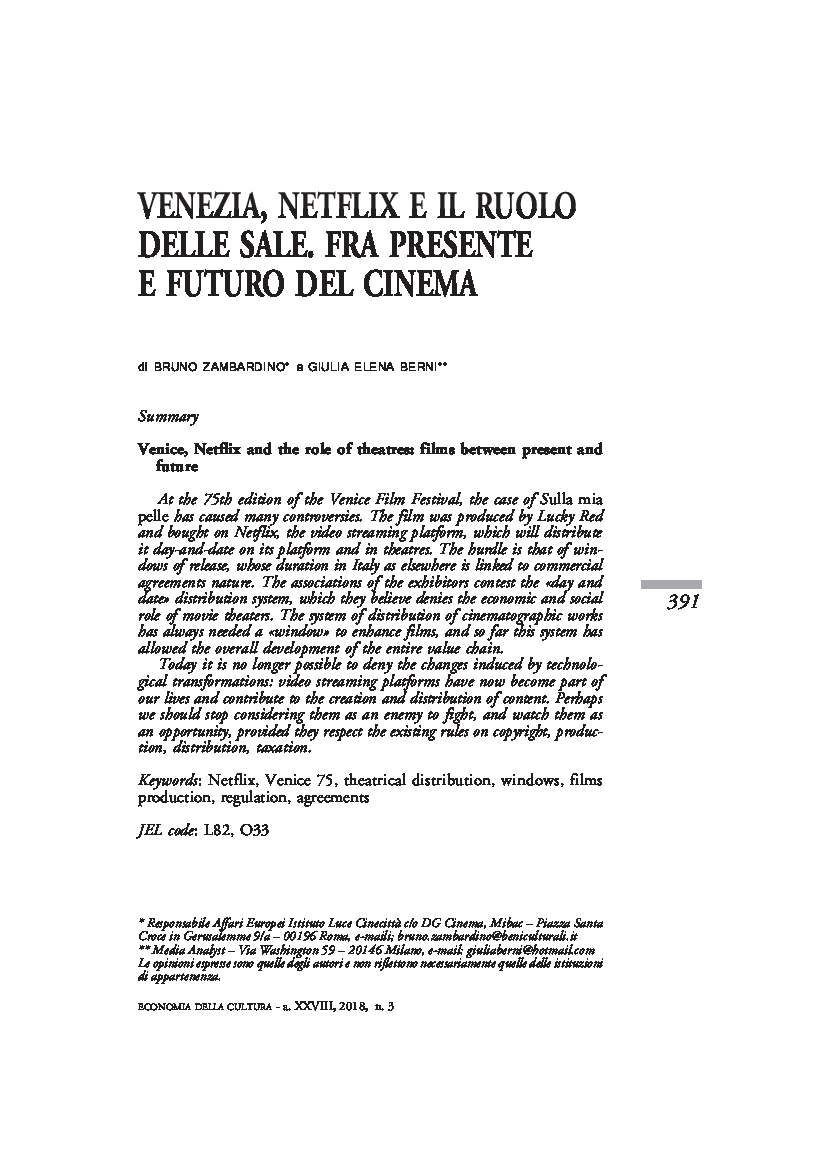