New technologies and the growing liberalization of film and video industries radically transformed the African audiovisual landscape, mainly because of a recent real explosion of film and video production. Nigeria emerged as the biggest player in the continental audiovisual production - and one of the bigger in the world - gaining to its film industry the nickname of Nollywood. This paper recalls the role of the «marketers», at first and for long film distributors trading also videorecorders, television sets, videotapes, etc., who became successful producers funding new films and video, and the development and evolution of Nigerian and African cinema markets - a «new frontier» of the global economic growth where even new aesthetic and narrative forms as well as economic experiences are emerging. The new technologies ambivalent impact in the African audiovisual landscape is clearly showed by the fact that after the analogical and digital technologies made it possible the Nollywood birth and development, the transition to the technologies of satellite television, Internet and cinema multiplex weakened the African industry big players, exposing them to the intangible forms of the global and local competition by some new giants like Google, Facebook, Netflix and Amazon. 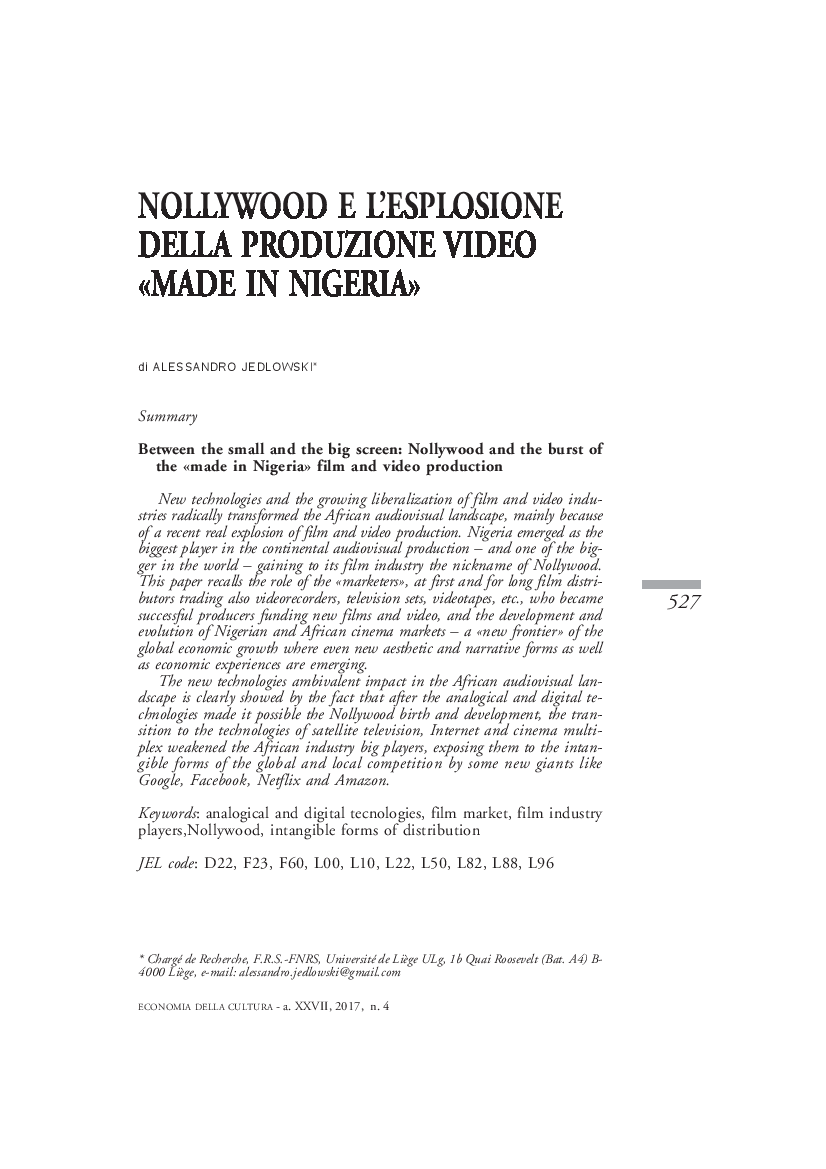