This article explores the current Hollywood Universe, especially some of the changes that are emerging and the continuities that persist in this century- old industry. The focus is on different areas, such as the production (the role of blockbusters, the problem of costs), the distribution (windows/ windowing), exhibition/retail (emerging outlets/markets and new competition with new global players), global film markets, building/protecting markets (the role of the State and MPAA). 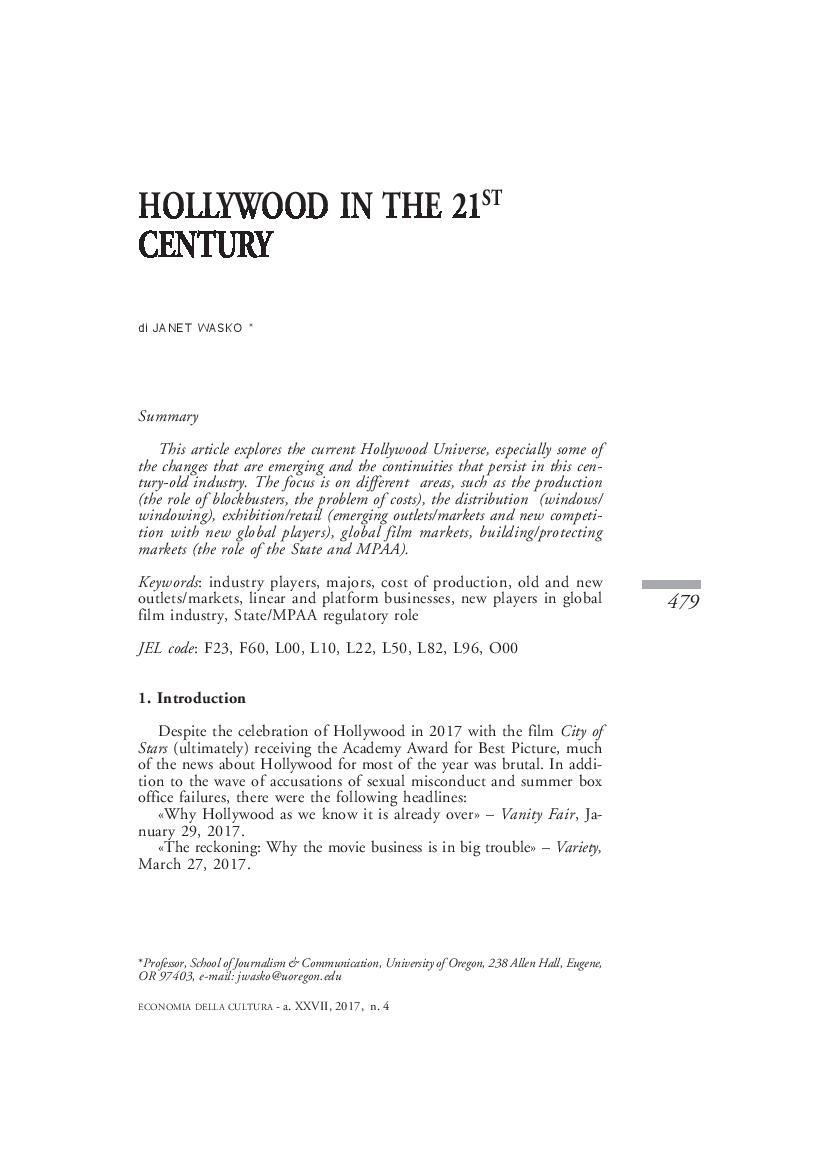