Ever since the end of 1800, European music composers, authors and publishers have been entrusted the safeguarding of their own rights to societies formed by themselves. This article shows and analyses the 1999-2000-2001 data of the collections of the societies of collective management of music rights got in the European Union majors countries (France, Germany, Italy, Spain, United Kingdom). The data related to the three main sectors of exploitation of music rights - public performances, radio and television, production/distribution of phono-video- carriers - are examined in terms of different consumer models, life styles, laws and public consideration of creative activity as well as the power and efficiency of the societies themselves. 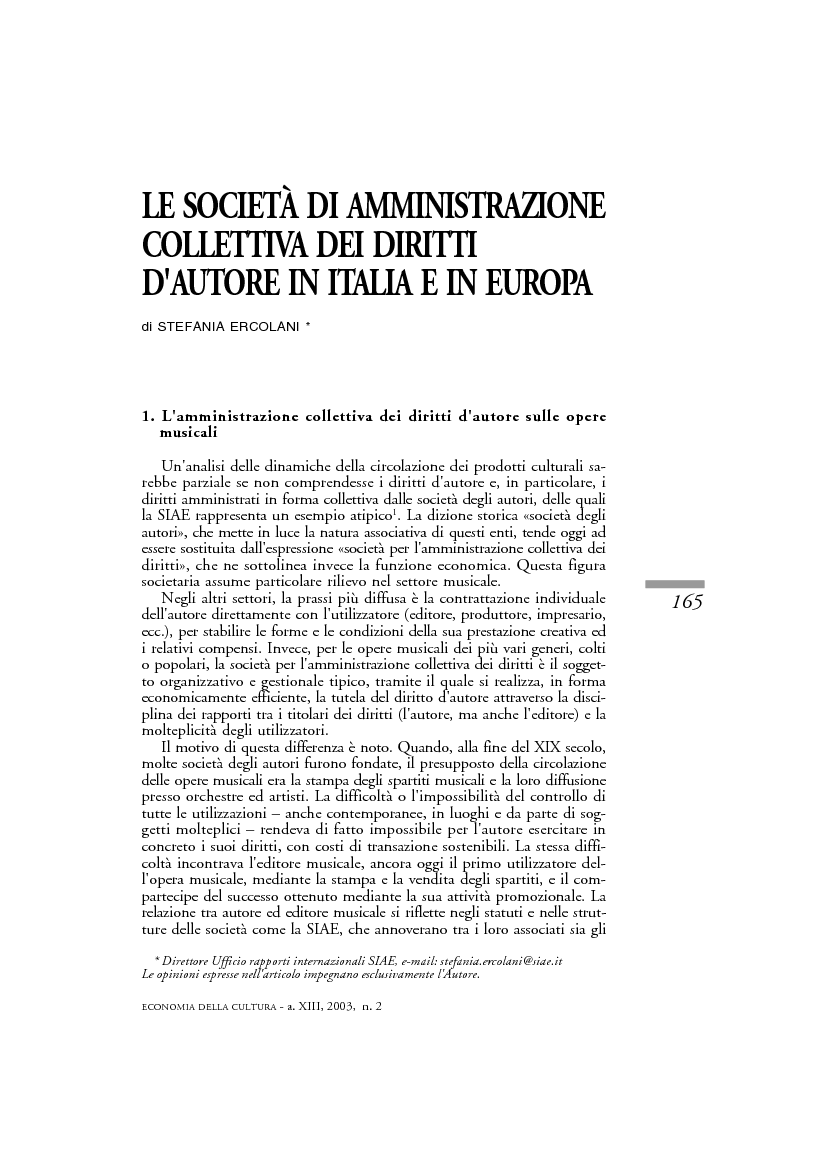