Copyright industries belong to the larger sector of the non-material economy, or information economy analysed in the sixties by Machlup and in the seventies by Porat, among others. During the last twenty years the United States copyright industries have continuously outperformed the rest of the economy in term of contribution to GDP, employment levels and in the international commerce. In 2001 value added produced by that sector reached 535 billion dollars and accounted for more then 5% of GDP. Employment grew from 1,5 million workers in 1977 to 4,7 million workers in 2001 (3,5% of total workforce). Foreign sales and exports in 2001 reached 89 billion dollars and was larger than almost all other industry sector. They exceeded the chemical products, motor vehicles, aircraft, agricultural sector, etc. Mass media represent a special part of copyright industries because they combine economic, cultural and socio-political values and also because they may be used as consumers good and as production tools (in the case of audience for advertising). 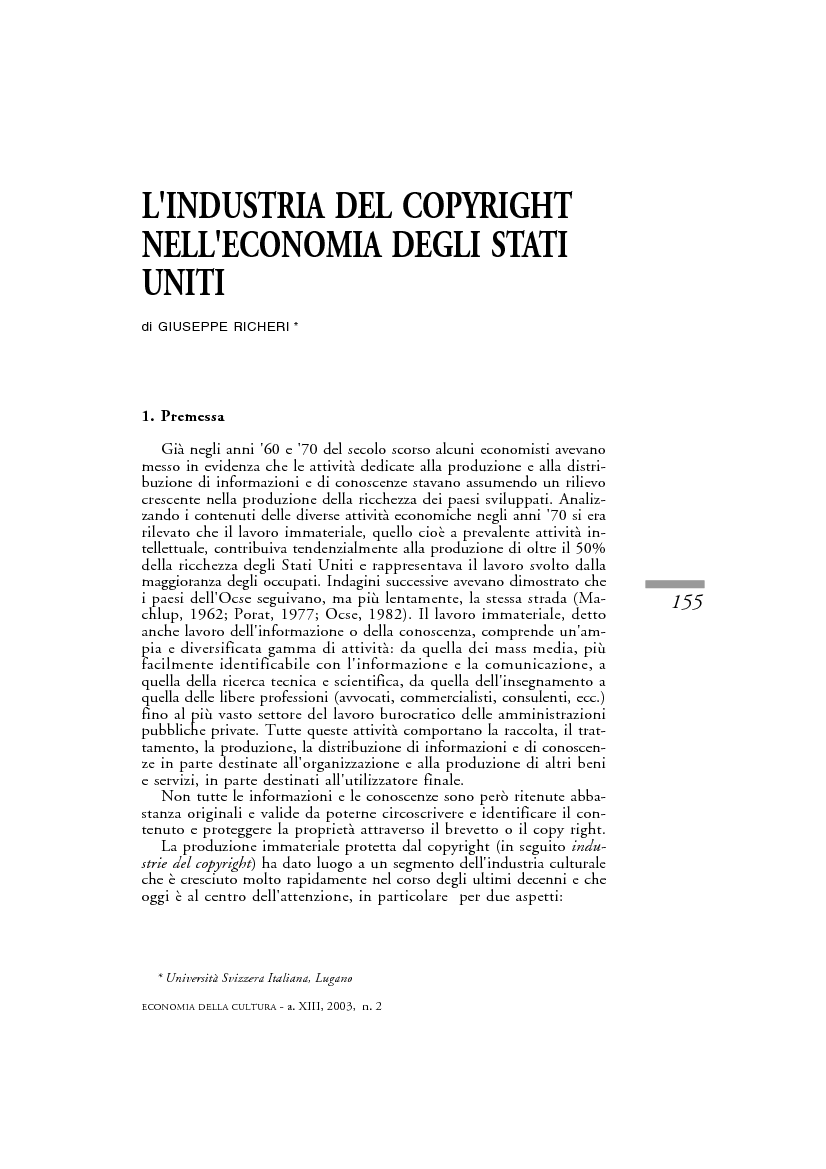