Inspired by the long-running project of the same name based in United Kingdom, MediCinema Italia Onlus was founded in Italy in late 2013. The idea behind is very simple and revolutionary at the same time: install and manage state-of-the-arts cinemas in hospitals and places of care in order to make patients feel better with film. MediCinema can operate in Italy relying on three pillars: the cooperation with and integration within the hospitals' organization; the generosity of rightholders and companies, who offer their pictures to the patients and their families, programmed for free, in closed, permanent and dedicated sessions; the generosity of donors. For the first time in 2016 MediCinema Italia Onlus received also a small contribution by the Minister of Culture for its activity of film promotion with a social purpose. In the same year the first scientific research was launched, aimed to measure and validate the therapeutic value of the film experience for hospitalised people, in the context of a more attentive approach to the human being, offered as a complementary care during the illness and the recovery programmes. 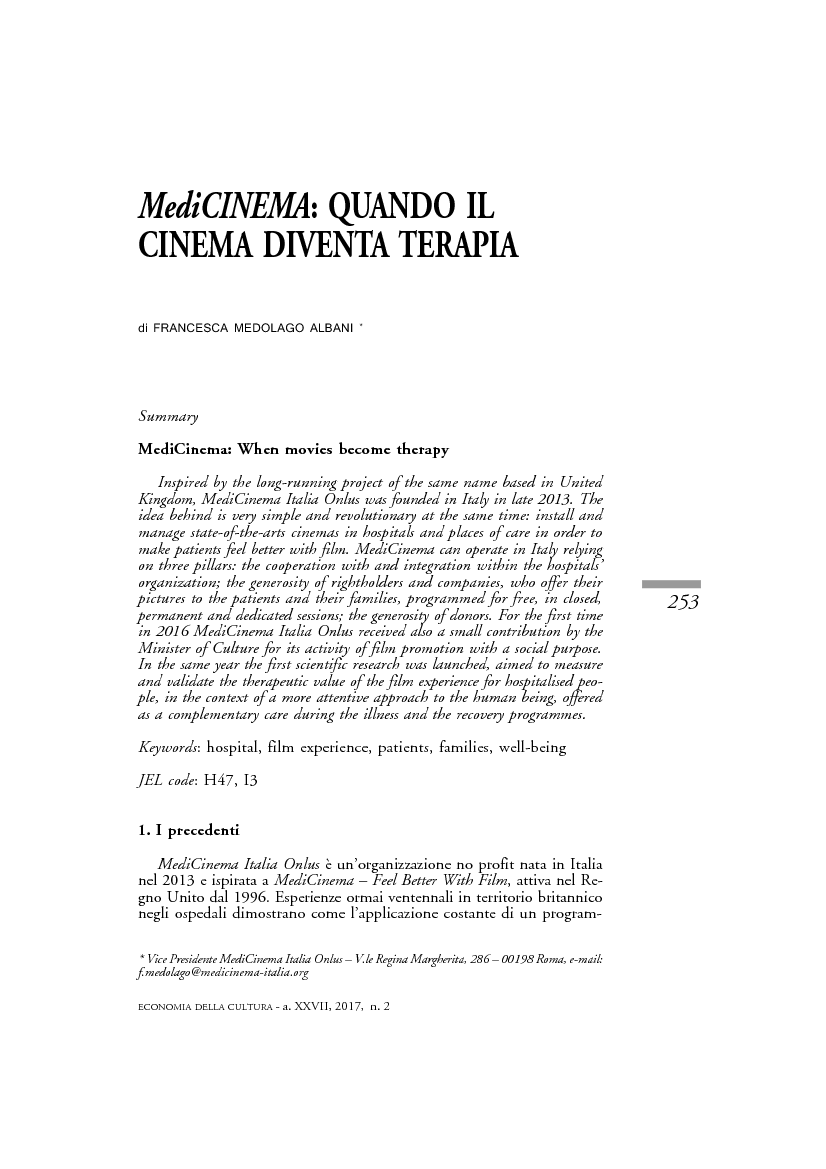