Discussions about the role of culture in sustainability have intensified since the beginning of the new century. Arguments relating to culture as an expression (creativity, heritage or diversity) and/or as a way of life (values, beliefs and meaning) have provided interesting content in such debates. These discussions are concerned with the fight against poverty, environmental balance, urbanisation, and governance in the context of a global conversation about the future of our societies (in other words sustainability or sustainable development). New actors - such as the UN's Special Rapporteur in the Field of Cultural Rights; Agenda 21 for culture; the international organisation of United Cities and Local Governments; and the 'The Future We Want: The Role of Culture in Sustainable Development' campaign - led by global cultural networks, have emerged with a commitment to analyse and influence these debates. Although weaknesses remain in considering culture as a dimension in sustainability, there are sound arguments to support the notion that «the best is yet to come», and that the consideration of culture as a standalone pillar, dimension, or component of sustainability (either the fourth or the first) is the best strategy, not only to benefit the agency of cultural actors but as a paradigm that is better suited to describe and understand (and transform) the difficult challenges of our times. 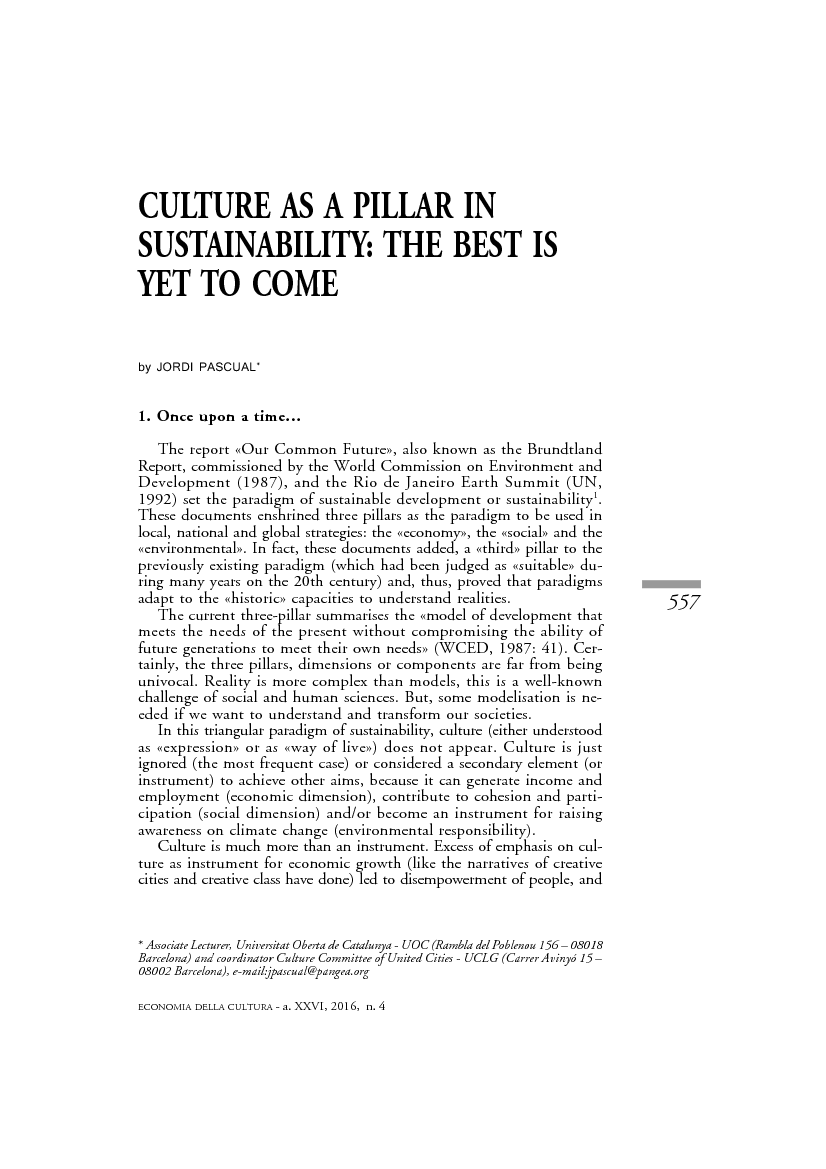